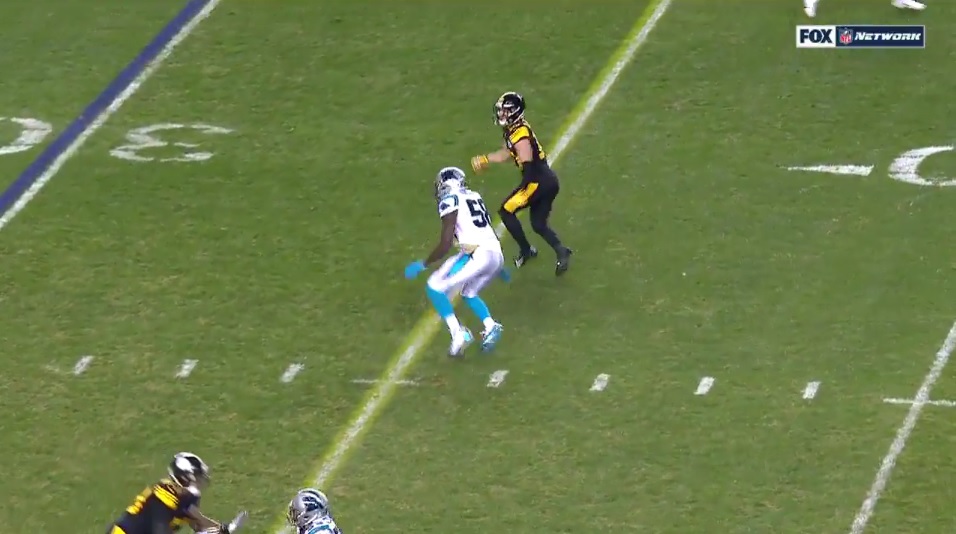 Ok, technically, he’s tied in third down receptions with JuJu Smith-Schuster. Still, the fact that Switzer, who had begun to fade from this offense, is thriving on such an important down means this offense has established another threat in the passing game. He has four receptions on third down against the Baltimore Ravens and Carolina Panthers, all of them moving the sticks.

Last time I talked about Switzer, I compared his use to something similar to Le’Veon Bell. Used out of the backfield, on designed screens, even carrying the ball a handful of times. But with the team yearning for a #3 receiver, rotating between James Washington and Justin Hunter with minimal success, Switzer has gotten more involved in the wide receiver route tree.

Playing time is still sporadic for him but the Steelers like to go 10 personnel in obvious pass situations. Which gives him a chance to see the field. He’s using his best traits to get open and do damage after the catch.

This one, admittedly, isn’t the most difficult route. Motion Switzer across the formation, ID man coverage because of the cornerback follows with him, and outleverage him to the flat. Antonio Brown releases inside to create a natural pick/rub that forces the corner to work over the top, giving Switzer enough room to gain five on 3rd and 2. Better design here than anything else but still, a conversion.

Another one from the Ravens game. Aligned in the slot, Switzer is running a 10 yard curl. Does a great job of finding the soft spot in zone coverage, settling down between the dropping nose tackle and the dime backer bailing out of the A gap off the snap. Sits down, shows his numbers to the QB, and makes the catch.

I also like how Switzer shielded himself away from #41, Anthony Levine, as he made the reception. Levine can’t hit him from the front and jar the ball loose. 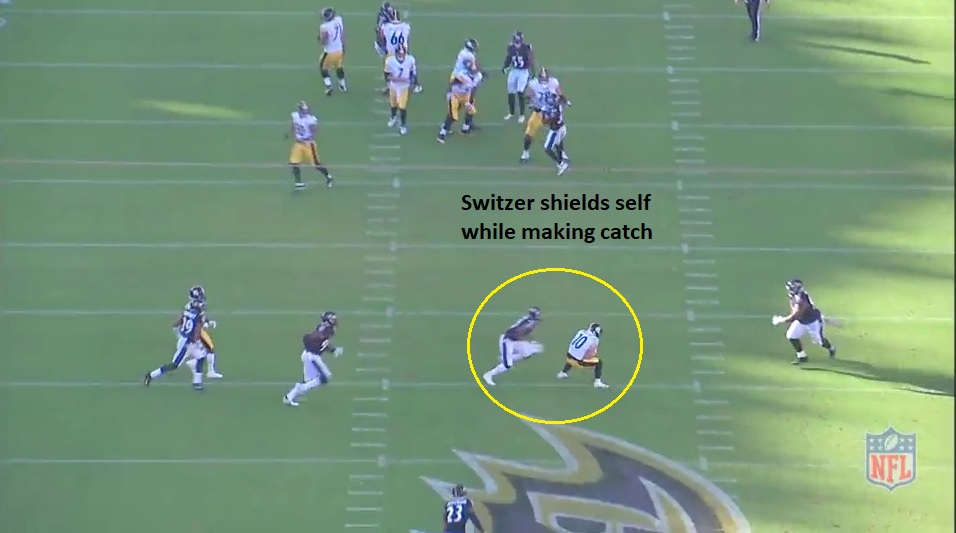 Instead, Switzer is able to shield, turn, and fall forward, gaining an extra yard or two in the process. Some nuanced route running and another third down conversion.

Let’s look at Thursday. Steelers come out in a 2×2 stack to each side. Forces the Panthers to play off coverage and creates a free release for the receiver off the line. 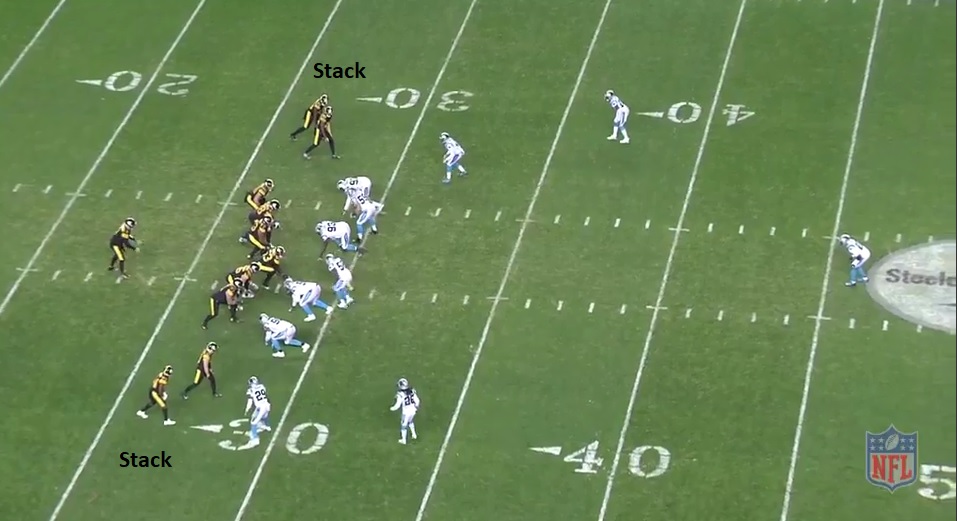 Switzer runs a slant behind the dropping DE. Good read by Roethlisberger, throwing opposite of where the linebacker, #58 Thomas Davis, drops out. 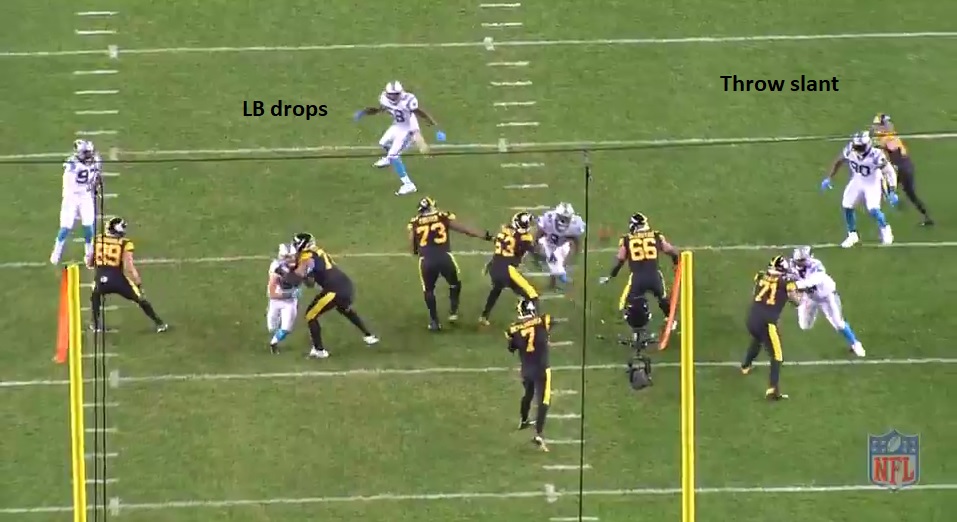 Hits Switzer in stride and he jets forward for a gain of 18.

This is my favorite one of the four. Ends up being a busted play after a TE screen fails. But the line gives Roethlisberger enough time to extend the play and get his eyes to the other side of the field. Switzer runs vertical to the sticks but seeing Roethlisberger scramble, he finds the soft spot in the zone. Works away from the linebacker, Davis again, peeks to his right to see if the flat is free (it is after Antonio Brown begins to work vertical, carrying the corner), and makes the grab.

These aren’t exactly the most difficult plays a receiver will ever make, I know, but you’re seeing the nuance with Switzer’s route running and football IQ that’s letting him step up in this offense increase his snap count. That’s what good slot receivers have to do. Be quick, be reliable, and understand the coverage he’s facing and how to beat it.