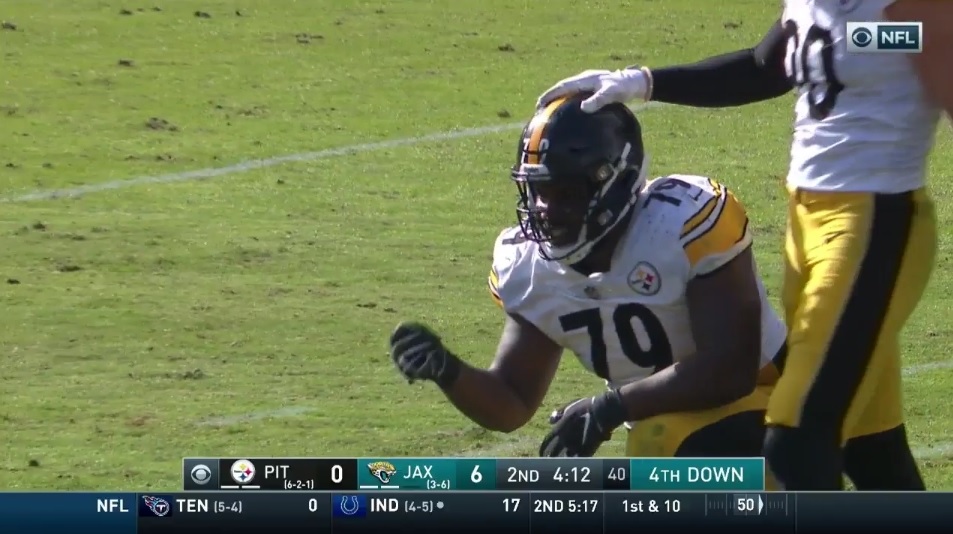 After allowing 141 yards rushing to the Jacksonville Jaguars in the first half of Sunday’s game, the Pittsburgh Steelers held the Jaguars to just 38 yards rushing in the second half. Head coach Mike Tomlin stated after the game that his team made zero second half adjustments. I am not here to call coach Tomlin a liar, but the coach does seem to be stretching the truth because the Steelers did make one notable and effective adjustment coming into the second half.

Switching out Daniel McCullers at nose tackle for the likes of Javon Hargrave, who enjoyed one of the finest games of his career, may have just saved the day for the Steelers.

Hargrave’s impact as a pass rusher will surely get all the attention from Sunday as he finished with two sacks, giving him five total on the season. What cannot be forgotten though is his impact as a run stopper, as Hargrave ultimately reversed the Steelers’ fortune in Jacksonville as the run defense struggled and almost collapsed with McCullers in the first half.

Why McCullers saw much more playing time out of the gate remains a puzzling question mark as the results were nothing short of ugly. The massive nose tackle was on the field for 16 running back carries, and the Jaguars averaged 6.1 yards per carry while McCullers was out there. Four of those 16 carries went for 10 or more yards as well.

It was not a pretty first half for #93 nor was it for anyone donning a Steelers’ jersey. Though McCullers especially struggled when it came to getting any sort of push or separation to make an impact in the run game. He would then go on to play just three snaps in the second half.

The man known as “gravedigger” really did bury the Jaguars’ run game as running back Leonard Fournette struggled to find any breathing room with Hargrave on the field. The third-year nose tackle was on the field for 24 rushing plays (not counting penalties or scrambles) and the Jaguars averaged just 2.4 yards per carry with their longest carry going for just six yards. That is more than a three-and-a-half-yard difference between the two nose tackles, a big reason why Hargrave played 24 total snaps in the second half compared to McCullers’ three.

No person was hungrier for a win on the defense than Javon Hargrave Sunday, as the nose tackle was a man on a mission when it came to stopping the run. Watch him overpower center Tyler Shatley and then fight off the block in time to make a tackle on Fournette. Shatley may have believed he was in store for an easy afternoon with McCullers in the first half but his day quickly turned into a nightmare when Hargrave started playing more frequently.

That is what people may call “grown man strength” as the Steelers’ nose tackle bullies Shatley into the backfield and into Fournette. Hargrave literally drives the Jaguars’ center into Fournette and the Steelers’ defense swarms the vulnerable running back like a pack of wild dogs.

With premier run defender Stephon Tuitt already out injured, it is puzzling why the Steelers decided to go with McCullers right out of the gate. The Jaguars bullied the defensive front three of McCullers, Cameron Heyward and Tyson Alualu just as you would expect they would. That all changed though as the Steelers came out in the second half and gave majority of the reps to Hargrave instead. The nose tackled played 51 snaps Sunday, his most since Week 15 of his rookie season.

In the end the Steelers got the victory, though when praising the likes of Ben Roethlisberger and JuJu Smith-Schuster for their contributions, do not forget to thank Hargrave because the Steelers needed all 51 of his snaps to win.