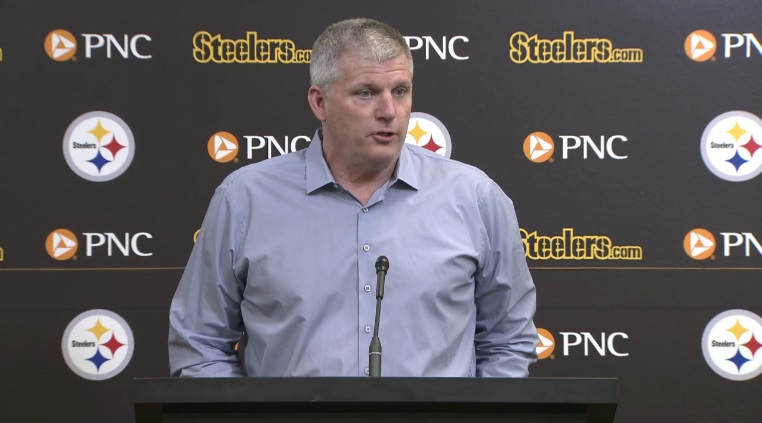 While the Pittsburgh Steelers had quite a bit of success on the offensive side of the ball during the six-year tenure of Todd Haley as their offensive coordinator, the organization felt ready to move on. One of the reasons that they were prepared to make the move was because they understood the in-house stability that they had available to them.

While Randy Fichtner had never been an offensive coordinator at the NFL level before, they were comfortable with his familiarity with the team and with what he has shown about his ability to grow into a job.

They also knew that they had Mike Munchak on the staff, who would be able to provide insights and assistance to the first-year play-caller. While Munchak has never been a coordinator previously, he spent three years as a head coach.

It’s worth noting that, on the same day the Steelers announced they would not be extending a new contract to Haley, Munchak also issued a statement saying that he would not be accepting a second interview with the Arizona Cardinals, with whom he was in line for a promotion back to head coach.

While he cited family reasons for staying put, it’s likely that the transference at the offensive coordinator position also played a role. As we wrote about back in February, the offensive line coach was expected to work closely with Fichtner this season.

Fichtner was asked about his relationship with Munchak during his interview with the media this week, a subject he hasn’t often discussed since getting the new job. Ramon Foster in an earlier interview apparently talked about them working together, which prompted reporters to reflect that observation back to him, per the team’s communications department.

Munchak is in his fifth season with the Steelers as the team’s offensive line coach, and he has built a close working relationship with Fichtner during that time, first as the quarterbacks coach (a job that he still retains) and now as offensive coordinator.

Their coordination with one another this season has produced perhaps the best offense that they have ever had, on pace to come very near scoring 500 points. They only have five 400-point seasons in team history. They also lead the NFL in red-zone touchdown percentage, coming away with seven points nearly four out of five times.