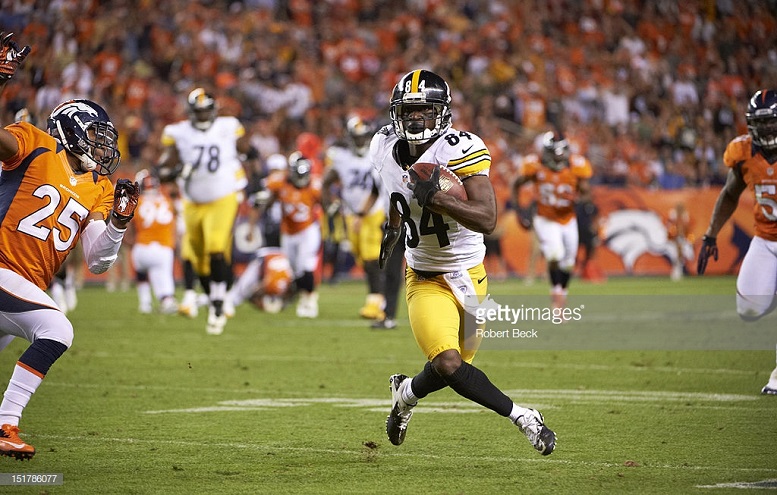 With the Pittsburgh Steelers preparing this week to play Sunday afternoon in the high altitude of Denver, head coach Mike Tomlin was asked during his Tuesday press conference if he currently has any players on the team’s roster who carry the sickle cell trait. Tomlin obviously declined to answer that question because it’s considered private medical information that he doesn’t have the right to divulge.

Tomlin was likely asked that question on Tuesday because former Steelers wide receiver Santonio Holmes had said during an August radio interview on 93.7 The Fan that wide receiver Antonio Brown carries the sickle cell trait. A player with that trait could potentiality be at risk of suffering splenic infarction, which is described as tissue death in the spleen caused by a lack of oxygen at altitudes higher than 5,000 feet. In fact, former Steelers safety Ryan Clark became seriously ill and ultimately lost his spleen and gall bladder, along with the remainder of that football season, as a result of him playing in Denver in October 2007 with the sickle cell trait.

During Brown’s Friday session with the media, he was asked to comment on Holmes saying that he carries the sickle cell trait.

“What, he’s a doctor?” Browns asked back. “I don’t know about all that. I’m excited to play in that environment and I’m looking forward to it.”

The fact that Brown was not listed on the Steelers injury report this week is a great sign that he’ll play again on Sunday in Denver against the Broncos. Assuming he does, he’ll likely be matched up against Broncos cornerback Chris Harris quite a bit during that contest.

“He’s a guy that’s highly competitive,” Brown said Friday of Harris. “I look forward to seeing a lot of him.”

Brown last faced off against Harris in a 2015 game that was played at Heinz Field in Pittsburgh and he ended that game with 16 receptions for 189 yards and 2 touchdowns.