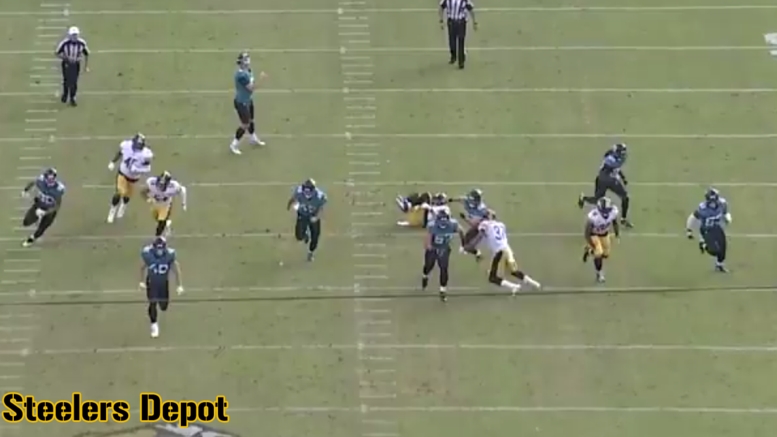 Question: If Anthony Chickillo misses time, who would replace him on the active list?

Immediately following Sunday’s victory over the Jacksonville Jaguars, Head Coach Mike Tomlin said that he did not have a detailed understanding of the ‘bumps and bruises’ the team suffered during the game, but he did know that Anthony Chickillo suffered an ankle injury on the Jaguars’ final punt.

He did not know the extent of the injury, which we should learn today during Tomlin’s pre-game press conference. But before we learn more, I think it might be safe to assume the Steelers will at the very least strongly consider calling somebody up to the 53-man roster at the position.

The only thing that would prevent them from doing that is if they are really comfortable with Matthew Thomas taking meaningful snaps at the outside linebacker position. That is a possibility, but I think unlikely.

As far as Olasunkanmi Adeniyi goes, I just don’t think it’s a move that makes sense. He’s a rookie who hasn’t practiced all year, so they’re certainly not going to have him today three days of practice and then put him into a game.

But the Steelers have not one but two outside linebackers on the practice squad in Keion Adams and Farrington Huguenin, both of whom have been in the system since at least last season. Especially if Chickillo is expected to miss more than one week, one of them is bound to be called up.

Remember, the Steelers only have three outside linebackers on the 53-man roster, so it’s kind of hard to go into a game with only two. They also have some players that are (likely) easily moveable, especially cornerback Brian Allen, who started the season on the practice squad and has mostly been a healthy scratch.