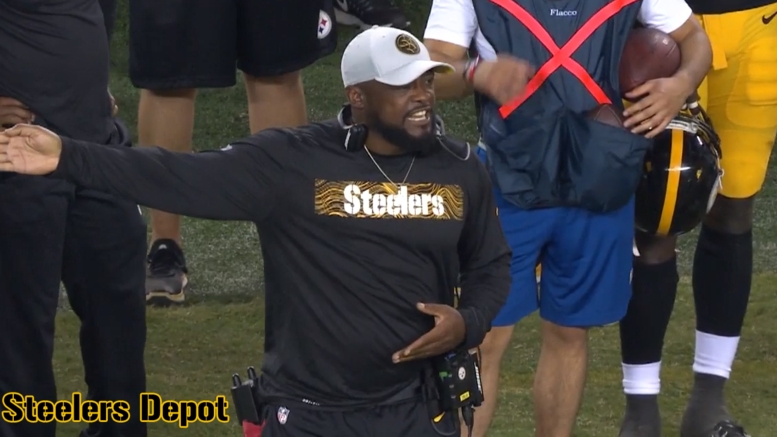 In the early portions of the season, the Pittsburgh Steelers were among the worst teams in the league in terms of converting on third down. By October, they were converting on just over 30 percent of their third-down opportunities, which ranked 28th in the league.

That began in October, starting with the Atlanta Falcons game, in which they converted on nine of 12 third-down opportunities. A week later, against the Cincinnati Bengals, they converted eight of 14 on third down, and they continued their success against the Cleveland Browns on Sunday—though less so—by managing six of 13 opportunities, plus their lone fourth-down attempt.

That has raised their third-down offense over the course of the past month from the 28th in the league to the ninth, now averaging a 43 percent conversion rate, which is ahead of teams such as the New England Patriots and the New Orleans Saints. Over the past three games, they have been converting on 59 percent of their opportunities, or 23 out of 39.

Head Coach Mike Tomlin conducted his pre-game press conference yesterday in preparation for a big game against the Baltimore Ravens, who defeated the Steelers back in Week Four, just before their third-down success started.

One of the key issues in that game was the third-down differential. The Steelers only converted two of 12 opportunities, while the defense allowed eight conversions, albeit on 17 attempts, most of which came in the second half when the Ravens were held to field goals.

The Steelers have done better over the past three weeks of giving themselves more manageable plays on third down. While they had five of eight yards to go or more, they also had six plays in which they only needed three yards or fewer. And they also converted on third and nine and third and 11.

That is what needs to be changed on Sunday against the Ravens. Over the course of the past two weeks, Baltimore’s average third-down attempt required 6.4 yards to convert, yet they still converted 11 of 25 attempts. At the same time, their defense has allowed conversions on 12 of 26 attempts with an average distance to go of 5.2 yards.