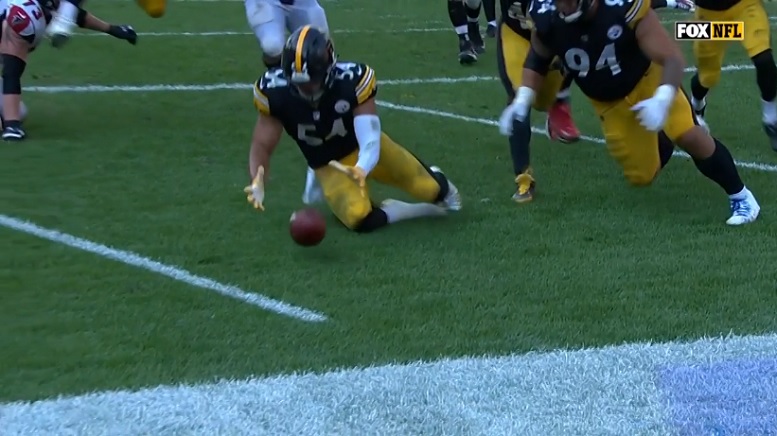 The Pittsburgh Steelers didn’t have starting inside linebacker Vince Williams for their Sunday home game against the Atlanta Falcons so that meant that backups L.J. Fort and Tyler Matakevich both had to fill his shoes in the defense. The two combined to register 10 total tackles in the game and Fort even had one of the team’s six sacks in addition to three total quarterback hits and a fumble recovery in the end zone for a touchdown.

After the game was over, Steelers head coach Mike Tomlin was asked what he felt he got out of Fort during the game against the Falcons.

“Quality effort and play, but not only L.J., we had a couple of other guys have to step up, but appreciate their efforts,” Tomlin said. “L.J. played big football for us today.”

Fort, who has been with the Steelers in some capacity since 2015, earned more playing time on Sunday after filling in admirably for Williams after he had left the team’s Week 4 Sunday night loss against the Baltimore Ravens in the fourth quarter with his hamstring injury. This past week Steelers defensive coordinator Keith Butler made it clear that Fort would be playing in some capacity on defense against the Falcons.

As I posted a few days ago when recapping Butler’s Thursday afternoon comments on Fort, it really makes you wonder why the Steelers coaches chose to primarily use now former linebacker Sean Spence to replace injured starting inside linebacker Ryan Shazier late last season after he was lost. Spence hadn’t even been with the team all season and instantly jumped Fort on the depth after being signed off the street.

Moving forward, in will now be interesting to see if Fort continues to see more playing time on defense whenever Williams is healthy enough to return to action. That could be as early as next Sunday when the Steelers play the Cincinnati Bengals.