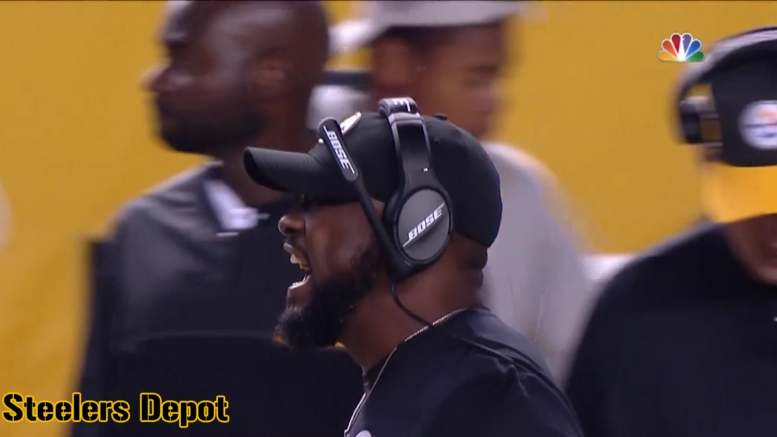 The Ravens’ first drive of the second half ‘only’ lasted 2:48, but it got longer from there. They scored on a 12-play drive to follow that took 3:26. Their next drive took nearly twice as long in actually one fewer play, an 11-play drive that sucked up 6:15 of game clock.

And then they followed that up with a 14-play, 6:40 drive that left just 3:37 on the clock and the Steelers trailing by nine points. Over two possessions, the Ravens also controlled the ball for 2:02 of the final 3:15 of the game.

Add all of that up, and you get 21:11. The Ravens possessed the ball for over 20 minutes of the 30-minute second half. That is 70.6 percent of the quarter. And the game was tied at halftime. The Steelers proceeded to lose on both sides of the ball, failing to convert third downs while failing to prevent the Ravens from doing the same.

Head Coach Mike Tomlin was not unappreciative of this fact after the game, pointing to “not enough play-making in the second half for us to secure victory”. He said that “it really is as simple as that”, and it was. For example, it was a one-score game when the Ravens took over at their own eight with 10 minutes to play. They gave up the one-score lead and about two thirds of the game clock on the drive.

And things weren’t necessarily worlds better in the first half. While the Steelers enjoyed a slight advantage in time of possession, that can in part be attributed to a short scoring drive by the Ravens on a series that began on the Steelers’ 31 due to a turnover. There was also a big-play 71-yard connection on a three-play drive that spanned 82 yards.

So what really tells the story? How about these numbers? The Ravens were nine for 17 on third and fourth down. The Steelers were two for 12. The Ravens averaged 6.1 yards per play, the Steelers 4.8. the Ravens kept drives alive, plain and simple. Roethlisberger spent 10 minutes at a time in real time standing on the sideline waiting to get back in the game. And in the meantime, they lost.