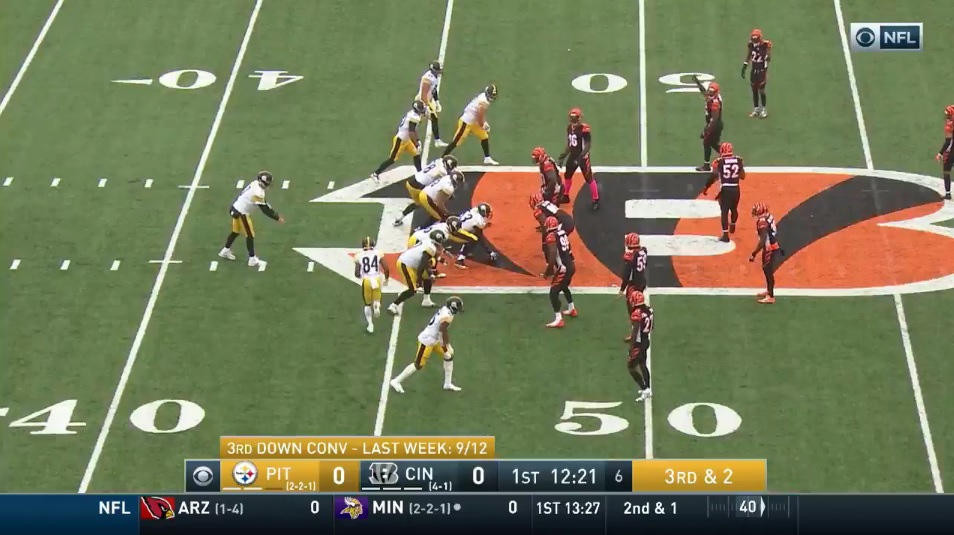 I can’t overstate how important the Pittsburgh Steelers’ third down success has been the last two weeks. The first month of the season? Utter train wreck. Versus Cincinnati and Atlanta? One of the league’s best.

The difference? It’s all about getting into manageable situations to be able to convert. That’s been critical.

For the first four games, the Steelers averaged 7.8 yards on third down, according to Pro Football Reference’s Play Index. That’s a mile in the NFL so it’s no surprise they converted just 29.4% of the time, an ugly number that ranked them 28th in the NFL.

And so despite having nearly half the third down attempts since the first month of the year, they have more third down conversions over that span, 17 to 15.

Both those numbers, the yards to go and conversion rate, rank third in the NFL over that span.

It’s an obvious correlation. Put yourself in third and short to medium and the entire playbook opens up. Randy Fichtner can run a throw to the flats for Xavier Grimble, something you certainly can’t pull off on 3rd and 11. On third and forever, defenses can pin their ears back, knowing the quarterback is taking a longer drop, and dial up exotic blitzes and confuse the heck out of the line, quarterbacks, and receivers.

To be fair, the Steelers have benefited from facing literally the two worst third down defenses in the Falcons and Bengals. But they’re still out there executing, aided by a run game that’s been more productive. James Conner has averaged well over five yards per carry the last two weeks.

That’s what has to continue moving forward. The Steelers offense getting into manageable situations, move the sticks, and finish drives.