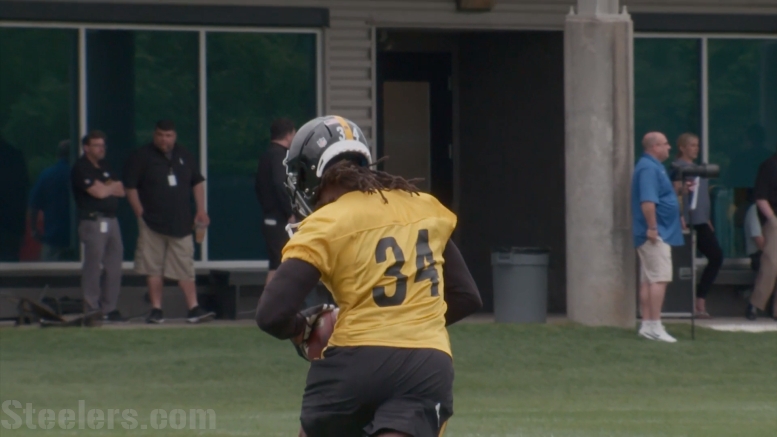 Regardless of what Terrell Edmunds’ role is moving forward, remaining at the starting SS or moving into the dime role he was supposed to occupy before the year began, he’s going to feel much more comfortable now than he was before.

That’s to be expected for any rookie but especially one thrown into the fire like Edmunds, the Week One starter and in that role for all but one game due to Morgan Burnett’s constant nagging injuries.

“The pace is slowing down for me,” Edmunds said via the team website. “I think you could tell by the last three games or so. I’m getting to the ball better, my reads are coming better, everything is just slowing down. I’m becoming a pro now.”

As we pointed out a days ago, prior to this weekend’s slate of games, Edmunds played the second most total snaps of anyone in the NFL. That’s obviously changed since but he’s still second on this Steelers’ defense in snaps, trailing only fellow safety Sean Davis.

Edmunds told Prisuta he doesn’t know who will be the starter once Burnett is healthy. The odds are decent he’ll be a full-go this week, practicing in full today, but Mike Tomlin said on Tuesday Burnett must show consistency in his availability.

“It’s my spot right now. It’s both of our’s spot, you could really say,” Edmunds said when asked who the starting strong safety was. “But right now, while i’m in the game, it’s my spot.”

Personally, there’s a good chance Edmunds stays in that role provided his play continues to ascend and the communication among the secondary remains strong. Odds are, he’s going to be the full-time SS in 2019, so it makes sense to keep that trend going the rest of the season.

Burnett could still offer plenty of value in that dime role, able to match up against tight ends better than say, Cam Sutton, who has filled in for him in recent weeks. While Sutton has been able to make plays on vertical concepts, too often he’s been boxed out by bigger tight ends, like the Bengals C.J. Uzomah, on breaking routes.

There’s no downside to creating that competition. Burnett and Edmunds competing against each other, elevating each other’s game in the process and giving the coaching staff the best option to play. Ideally, that’s Edmunds, but he’ll have to earn that job on a weekly basis.