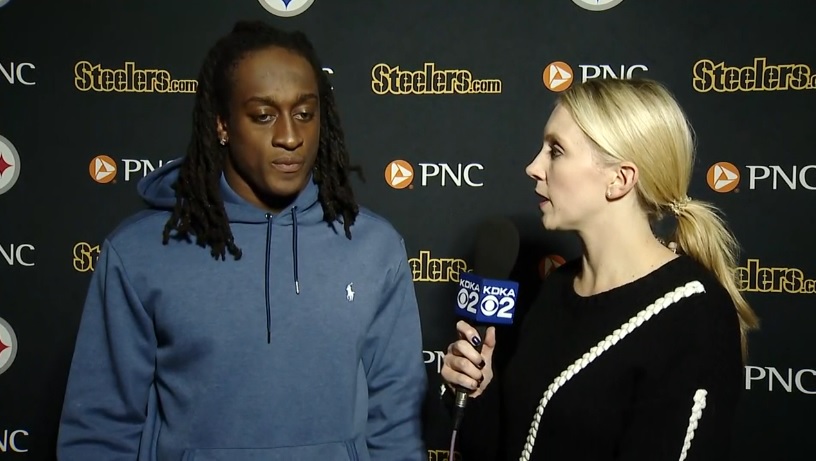 Week Six is a little too early for any game to truly be “must win,” but the Pittsburgh Steelers adopted that mentality heading into Sunday’s win over the Cincinnati Bengals. That’s what rookie safety Terrell Edmunds told Steelers.com’s Missi Matthews postgame yesterday.

“For us, this whole past week was a must win type of mentality. We have to win this game to even put us in the running of the AFC North.”

Had Pittsburgh lost, Cincinnati would’ve moved to 5-1 and been in the driver’s seat for the AFC North crown. Pittsburgh, meanwhile, would’ve dropped below .500 and winless through three games in the division, making it an awfully large hole to try to climb out of. And an entire bye week to sulk about it.

Edmunds told Matthews he hopes this win can propel the team through the next two games when they face the Cleveland Browns and Baltimore Ravens.

“That’s just our whole mentality. We’re going to take that every week from now and hope the snowball effect occurs.”

While the defense held Cincinnati to 21 points, Edmunds says he knows there’s plenty to work on. And the bye week will allow the team to not only get healthy and rest up, but take a good look at the film and correct their mistakes.

Recent history says bye weeks haven’t always been kind to the Steelers. Since 2014, Pittsburgh is just 1-3 coming out of their week off, that lone win occurring last year against the Colts. Compare that to the first seven years of Mike Tomlin’s tenure where the Steelers went 6-1, the only loss happening in his first season.

When the Steelers return, they’ll face a competent Browns team. A group that hasn’t figured everything out yet but has a new face at quarterback and capable of making big plays on offense and defense. And, of course, a team that tied the Steelers back in Week One.