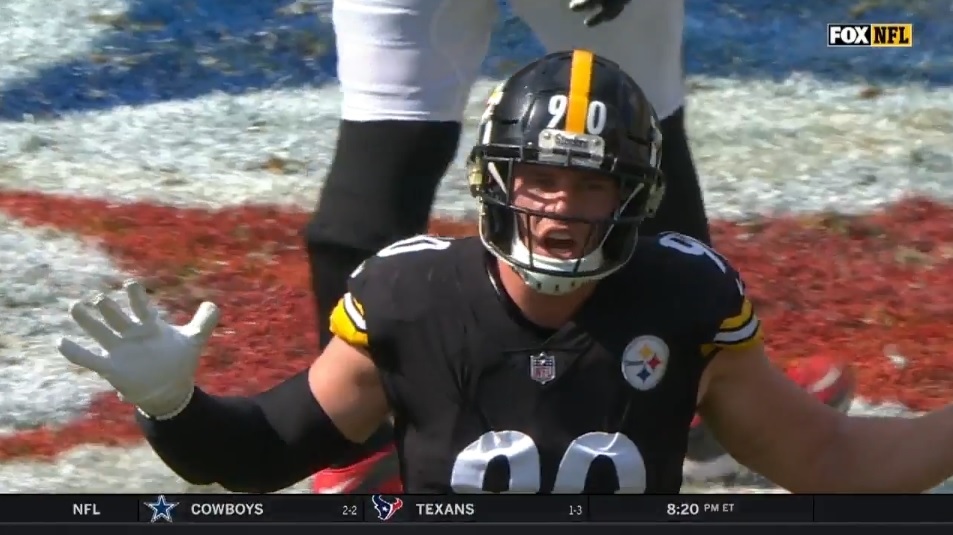 T.J. Watt got fined for roughing the passer for simply grazing the quarterback.

Now I’ve seen it all.

Watt has been fined $20K for his “hit” on Atlanta Falcons quarterback Matt Ryan, according to this tweet from ESPN’s Adam Schefter.

NFL fined its co-sack leader, TJ Watt, $20,054 for “forcibly hitting in the knee area or below” Falcons’ QB Matt Ryan, per source. The league office instructed the Steelers to deduct the money from Watt’s paycheck if he does not appeal.

Here’s the replay of the hit just so you can see how insane of a penalty, and now a fine, it is.

Despite only grazing Ryan, who was able to step up into the pocket and softly landed on the ground, Watt was flagged for roughing the passer. That, in part, led to Mike Tomlin criticizing the officials after the game, resulting in a $25,000 fine from the NFL.

The league has come under harsh and largely justified criticism for the emphasis they’ve placed on roughing the passer calls. It’s created frustration from owners, coaches, players, and fans. The only people it doesn’t seem to bother is the league front office.

This is the first fine of Watt’s NFL career.

“I understand the rules. I’m not a dirty player,” Watt said of his hit on Ryan this past week. “I tried to pull off him at the end. Whether the ref saw it or not, I understand why they call it. It was a low hit. But I tried to pull my arms off. … It puts us in a bind because I don’t know what else I can do.”

After a three sack performance against the Falcons, he’s tied big brother J.J. Watt for the league-lead with six of them.