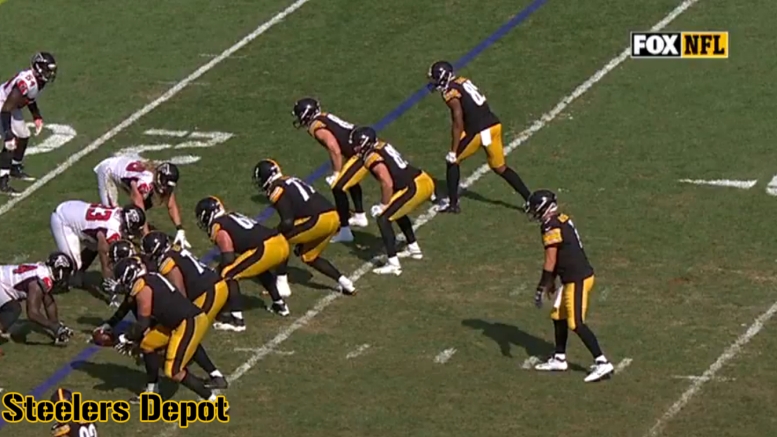 The tight end position has never necessarily been a huge component of the Pittsburgh Steelers’ passing game. While quarterback Ben Roethlisberger loved to have the underrated Heath Miller as his safety valve, it was rare for him to be a featured part of the offense, which is why he only topped 800 yards in a season once in his 11-year career.

Still, the receiving numbers from the tight end position have lagged since his departure—at least until now. Those numbers are trending upward, with two 100-yard games already under their belts from individual tight ends in the first six games of this season.

As Ed Bouchette pointed out, the group as a whole has already matched its yardage productivity from the 2017 season. The same cast of characters—Jesse James, Vance McDonald, and Xavier Grimble—collectively recorded 592 receiving yards over the course of the year on 62 receptions.

They might have ‘only’ caught 40 passes so far this year, but they have already produced the same 592 yards—on the nose—from last season. And that has a lot to do with the fact that they have been getting some big plays from the group. James somehow, some way has six explosive plays on the year, and McDonald has three as well.

James has caught 17 passes on the season for 274 yards, one of which went for a touchdown. McDonald has also chipped in for the exact same total of 274 yards, doing so on 20 receptions, and one touchdown to date on a 75-yard breakneck breakaway. Even Grimble has not been forgotten, over the past two games recording three receptions for 44 yards, including a 22-yarder to bring the group’s explosive play total up to 10.

As a unit, the three of them are averaging a staggering 14.8 yards per reception so far, which is quite a lot for a team that doesn’t necessarily use its tight ends as seam-busters. And it has been efficient work, their 40 receptions coming on just 50 targets for a catch rate sitting exactly at 80 percent.

As a group, the tight ends are averaging nearly 99 yards per game. They are currently on pace to put together 1578 receiving yards on 107 receptions, which would be huge numbers for the Steelers out of that position.

Of course it’s unlikely that they will continue that torrid pace, even if the team’s usage of two tight end personnel has been on the rise over the course of the past two weeks. Their numbers have benefitted somewhat from a deemphasis on running the ball, which seems to be taking a turn back to the ground game.