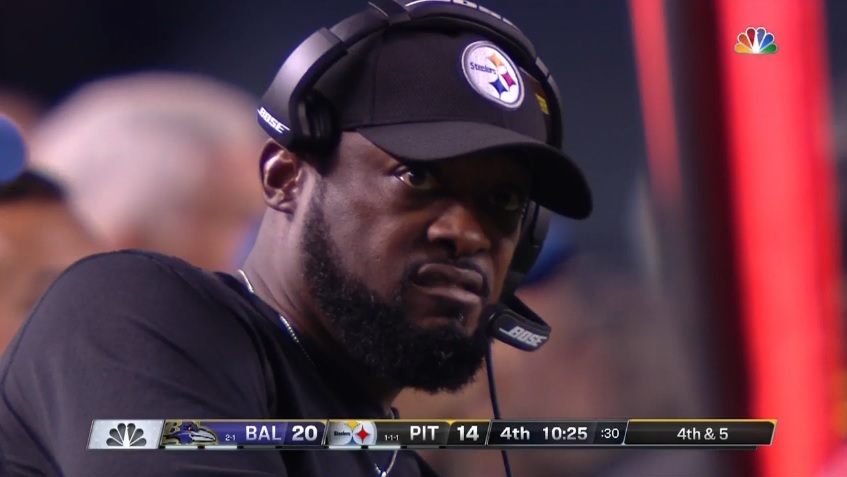 Here’s a late addition to the “stats of the weird” section. And I hope you have a good stomach to handle this one. As you may know by now, the Pittsburgh Steelers racked up a pitiful 47 yards of total offense against the Baltimore Ravens. The offense didn’t just sputter, it stalled last night and made the second quarter comeback all for naught.

Want to know the last time the Steelers had such a sorry output in a half? You’d have to go back nearly a decade, Week 2 against the Tennessee Titans in 2010. In the second half against them, the offense “racked up” just 36 yards of offense.

Even then, they managed to put up six points in the 4th quarter in a 19-11 victory. And that day, there was at least a better excuse for why the offense sucked so hard. That week, Dennis Dixon started at QB for the suspended Ben Roethlisberger, then hurt his knee, and replaced by Charlie Batch. Literally, they didn’t have a quarterback like Roethlisberger that day and in general, a much worse-looking offense.

Dixon completed 4/6 passes for 18 yards. Batch was worse, 5/11 for 25 yards while Rashard Mendenhall slogged his way to 69 yards on 23 carries. Mike Wallace was the Steelers’ leading receiver with a whopping 25 yards.

Sunday night was even worse then what happened back in 2010. This team has a Hall of Fame quarterback and receiver in its starting lineup. A great offensive line across the board. In that 2010 game, Jonathan Scott started at LT, Trai Essex at RG, and Flozell Adams at RT.

Coming out of halftime, Vance McDonald and Antonio Brown combined to catch one pass for five yards. Pittsburgh ran 19 plays, only two of which went for more than ten yards. A 15 yard completion to James Conner and another 11 yarder to Ryan Switzer.

Those quick series did no favors to a defense barely hanging on. It gassed Pittsburgh’s front seven as Baltimore ran nearly 20 more plays than the Steelers did. They chewed up the clock, moved the ball, and though didn’t find the end zone, built a double-digit lead and hole the offense was incapable of climbing out of.

Honestly though? It wouldn’t have mattered. With how poorly the offense performed, as soon as Justin Tucker nailed the first field goal of the second half, the game was over. Baltimore had all the points they needed.