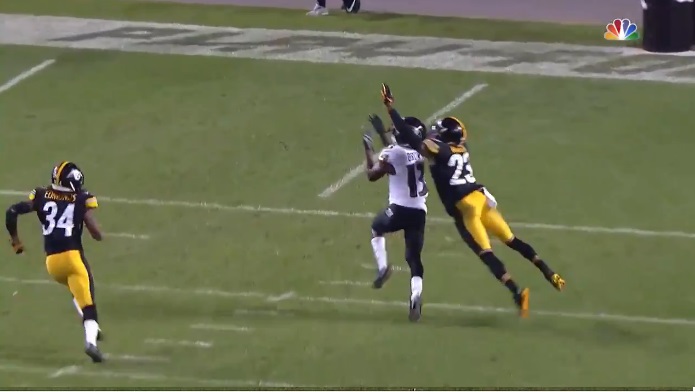 Not a weird game. Just a sad one. But here are some stats of the weird. I’m confident they’ll be a lot more entertaining than this second half Pittsburgh Steelers’ offense.

– Let’s start with the score. Steelers haven’t lost by double-digits to Baltimore at home since 2006. It’s only the second time it’s happened since 2000. 16-0 victory at Three Rivers Stadium in 2000.

– Pittsburgh has allowed 20+ points in each of their first four games. Last time that took place? 1968, a year before Chuck Noll got here. They went 2-11-1 that season.

– Pittsburgh ran the ball for just 19 yards tonight. It’s their least since a 16-13 loss against Denver in 1970 and 5th lowest in a single game in franchise history. They had just one first down rushing, only the second time that occurred since 2008.

– JuJu Smith-Schuster’s 4 receptions and 60 yards gives him the most receptions and yards by any receiver before turning 22. 89 catches for 1333 yards.

– Antonio Brown and Vance McDonald combined for 9 catches for 119 yards in the first half.

They combined for one catch for five yards in the second half.

– Pittsburgh had just 47 total yards of offense in the 2nd half.

– Stephon Tuitt and Cam Heyward have combined for fewer sacks (1) than Javon Hargrave and Daniel McCullers (2).

– One last gut punch for ya. The Steelers haven’t scored a point in the second half for two straight weeks. You have to go back to Weeks 13 and 14 1993 to find another instance like that. Pathetic.