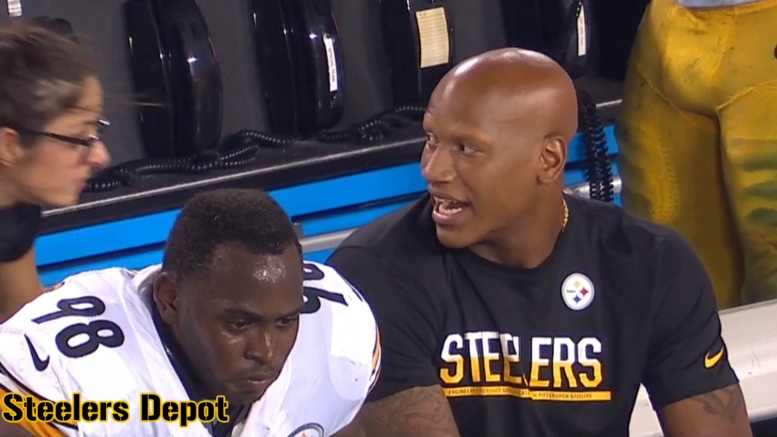 The Pittsburgh Steelers used the 15th-overall pick in the 2014 NFL Draft on Ohio State linebacker Ryan Shazier because they knew that he was going to be the leader of their defense. That is exactly the role that he came to serve over the course of his first four seasons.

Even following his devastating spinal injury 10 months ago, he continues to lead his linebackers during the week, only his leadership comes in the meeting rooms, rather than on the field. While he is unable to play in the games—he is technically on the Physically Unable to Perform List, as it is—that doesn’t change anything about the way that he prepares himself and his teammates for games.

As ESPN’s Jeremy Fowler details, Shazier runs the linebacker meetings. “He’s so knowledgeable. Why would you waste that?”, he quoted Vince Williams as saying.

“We’re already here most of the time, so we go into our own meetings and everybody brings what they have to the table”, the veteran continued. “We have Ryan run it because he’s unbiased. When you’re not playing, you can see it more globally. Sometimes when you watch independent film study, you’re watching what you have to do. He brings a general understanding”.

While Shazier was a superior athlete on the field, his speed alone unparalleled at the position, it was his mental abilities and dedication to film study that eventually pushed him over the edge from ‘good player’ to ‘elite’, earning Pro Bowl nods in each of the past two seasons.

It’s no surprise in the slightest that he is essentially becoming an assistant coach, perhaps a role he will eventually fill sometime one day when he determines that his playing days are truly done. But that is not how he views himself, nor do his teammates.

Said Anthony Chickillo, “I view Ryan as a player, a player who’s just hurt right now. He’s there for us like any other player. He’s part of our team, no question about that”.

Still, he does have that coach’s mentality, both during the week and in games. Tyler Matakevich noted that he is often the first one linebackers see coming back to the sidelines, and he has an iPad in hand ready to go over some plays that just happened.

Even defensive coordinator Keith Butler has embraced Shazier’s hands-on duties that he has taken upon himself. I’m sure Joey Porter would say the same.

“He gets experience in meetings with [the coaches] and sometimes he gets his own ideas”, Butler said. “We don’t stop him from relaying those [to the players]. He understands the modern game”.