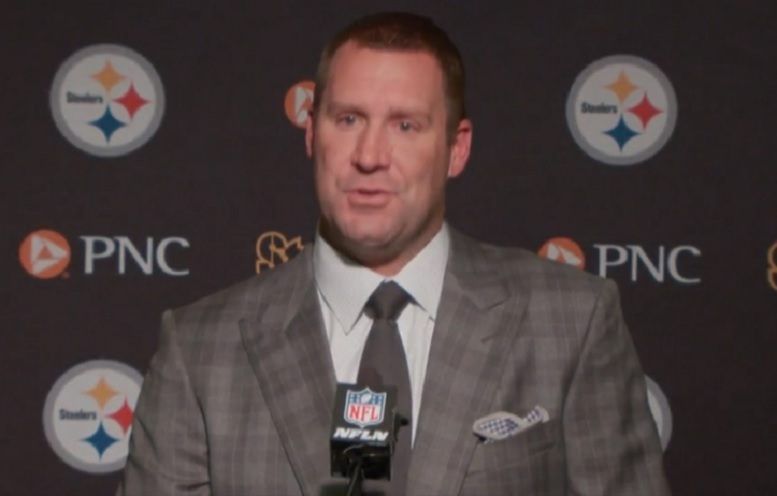 While Oakland Raiders quarterback Derek Carr denied earlier this week that he cried while down injured on the field during his team’s Week 6 loss to the Seattle Seahawks in London, the television video from that game certainly makes it look like he was.

Whether Carr was crying or not in that game has now apparently resulted in other NFL players around the league being asked if there’s ever an acceptable time during a football game or in a locker room for them to show emotion. Pittsburgh Steelers quarterback Ben Roethlisberger was asked a similar related question during his Wednesday media season.

“Well, I think as men, in general, we all need to show emotion,” Roethlisberger said after first admitting he knew nothing about the Carr incident from a few weekends ago. “I think there’s a misconception out there that as men we shouldn’t show emotion and I think that’s wrong. I think we need to show emotion, whether it’s at a movie, if you want to cry, if it’s funny, if it’s sad, if you want to be around your wife or girlfriend, and just because you cry doesn’t mean you’re any less manly. I think that’s a false narrative.

“And so, when it comes to football, if something hurts, I mean he might’ve been hurting. Who knows? I know I’ve cried in the locker room before a for both joy and pain. You lose a football game, you know, if you’re not showing emotion, or if he gets up from something like that and he’s laughing, then he’s going to get chastised for not showing enough emotion. So, I don’t know exactly the story you’re talking about, but for me, I don’t think it makes us any less manly to show emotion.”

That’s about as solid of a response that Roethlisberger could have probably given. While we haven’t really seen Roethlisberger cry on a football field perhaps exactly like Carr supposedly did a few weekends ago, we have seen him tear up a time or five dating back to his 2004 rookie season.

In fact, Roethlisberger got a little bit emotional and choked up after the Steelers Week 6 road win over the Cincinnati Bengals when asked during his post-game press conference to talk what it was like to see his fellow teammate, linebacker Ryan Shazier, walk off the field of Paul Brown Stadium without any assistance less than one full year after suffering his serious spinal injury on it.

“Walking off the field with him was emotional, just because what happened and what he means to us and this team,” a teared-up Roethlisberger said.

Here’s to hoping that February in Atlanta, GA is the next time we get to see Roethlisberger cry as he lets loose tears of joy while hoisting the Lombardi Trophy for a third time.