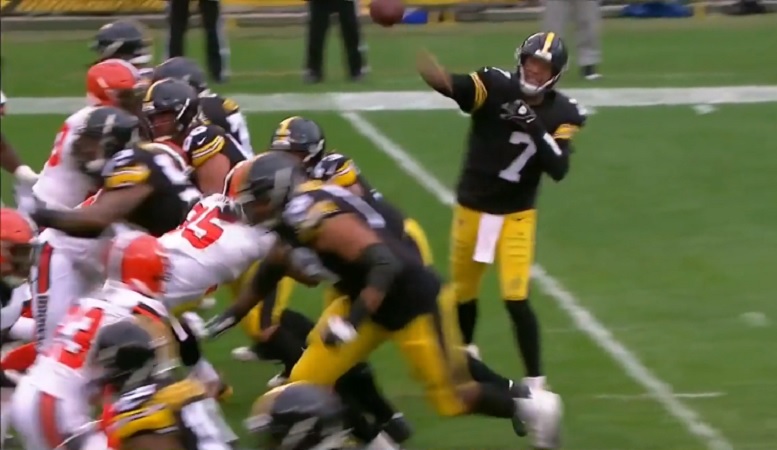 Pittsburgh Steelers quarterback Ben Roethlisberger threw two touchdown passes during the teams 33-18 home win over the Cleveland Browns and in doing so he moved past a Hall of Famer on the NFL’s all-time touchdown passes list.

Roethlisberger, who entered Sunday’s game against the Browns having already thrown 341 regular season touchdown passes, tied and then passed former Minnesota Vikings quarterback Fran Tarkenton for eighth place on the NFL’s all-time list during the contest. Both of his Sunday touchdown passes went to wide receiver Antonio Brown.

With just 8-seconds remaining in the first half, Roethlisberger threw his second touchdown pass of the game to Brown and this one was from the Cleveland 1-yard-line and part of a quick screen to the left side. The Steelers had used all of their timeouts ahead if that first down play and luckily Brown found his way into the end zone.

Roethlisberger’s 343 touchdown passes still has him trailing fellow 2004 draft class members Philip Rivers (359) and Eli Manning (347). Rivers and his Los Angeles Chargers are on a bye this week while Manning threw one touchdown pass in the New York Giants Sunday loss to the Washington Redskins.