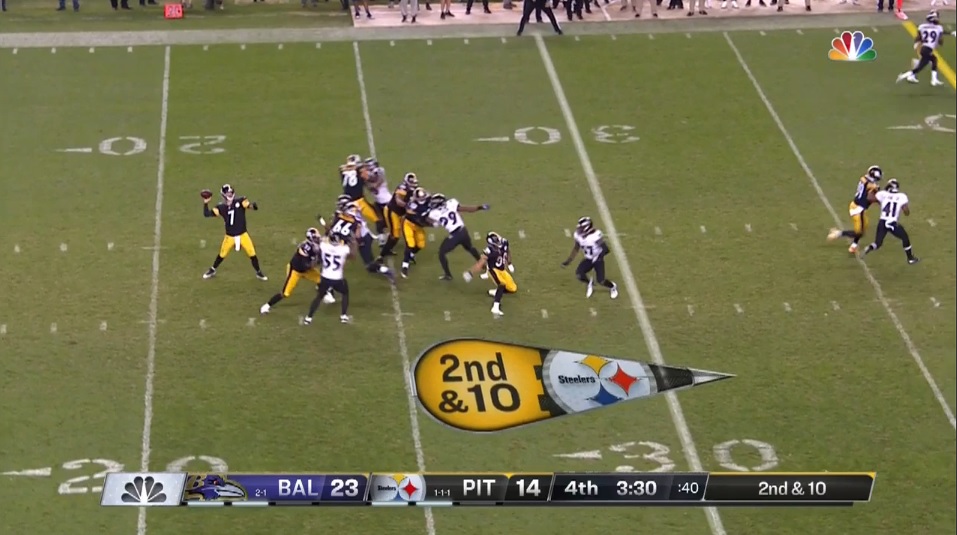 It’s no secret the Pittsburgh Steelers are missing a key component of their offense. The deep ball. It’s been non-existent for large chunks of the season, an aspect that’s been a key in changing momentum and flipping the field.

Part of the issue has been plain inaccuracy from Ben Roethlisberger. Speaking to 93.7 The Fan for his weekly radio spot, he admitted to that, but also explained that defenses are intentionally taking away.

“We haven’t taken a lot of deep ball shots like we have in the past,” he told Ron Cook and Joe Starkey. “I think a lot of that is defenses are taking away that knowing that’s one of our MO is taking deep shots. That’s why the underneath game has been open. You saw tight ends making plays, Ryan Switzer making plays last week. I think that’s the key. We continue to take what they give us and not force the deep ball simply because that’s what we do.”

Roethlisberger also cited specific examples of why the deep ball has missed.

“Couple of the deep balls to AB, we’re trying to take some shots, but they’re doing a good job. In part, I don’t want to say throwing it away, but as Randy and I always say, put it where your guy can or nobody can get it…late in the game I threw a deep ball to James. He got his left arm grabbed so he couldn’t get his other arm up. I thought that would’ve been a good completion for us.”

You can see the attempt to Washington here with Ravens’ corner Brandon Carr grabbing his arm. The ref didn’t throw a flag on the play. 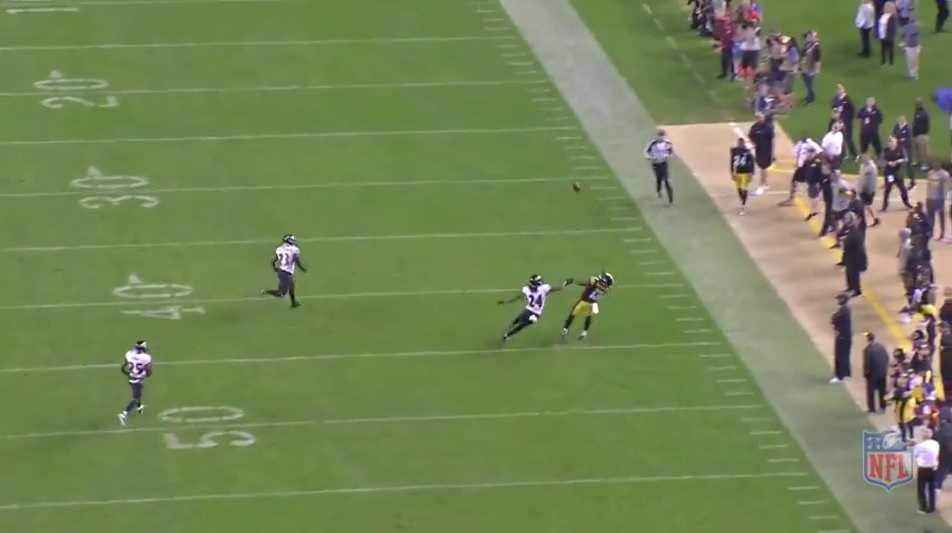 Still, this offense doesn’t function at its best unless they’re able to throw the football vertically. Only JuJu Smith-Schuster has shown to be a consistent vertical threat so far this season. That is bound to change, Ben Roethlisberger, Antonio Brown, and company are just too good to stay in this funk forever, but it also needs to happen fast, given the hole this team is in with three AFC North games over the next month.

For Roethlisberger, it’s all about reminding himself to be patient.

“As a quarterback, you just to have that patience that I’m just going to keep [throwing it short] and not trying to force it downfield.”