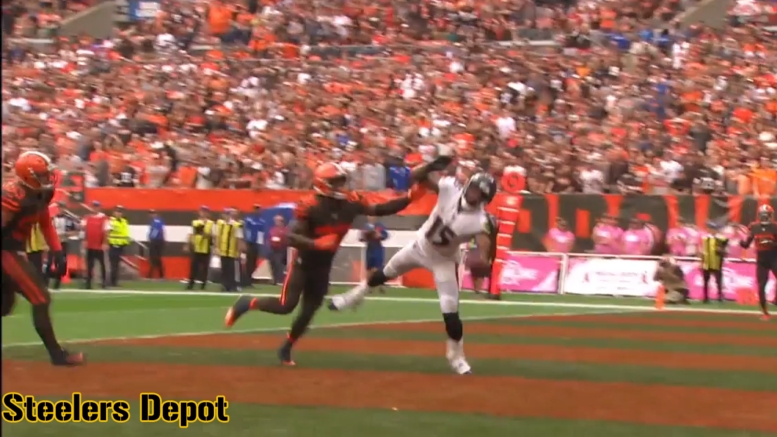 The Baltimore Ravens are 3-2 on the season. The only teams that have been able to beat them are their AFC North opponents—except, of course, the Pittsburgh Steelers, whom they beat on the strength of four Justin Tucker field goals in the second half of a game that was tied at 14 by halftime.

The Cincinnati Bengals handed them a loss a few weeks ago. Yesterday, it was the Cleveland Browns, who have now doubled their win total over the past two seasons, with two on the year. They won only one game between 2016 and 2017.

In fact, they have a .500 record right now along with the Steelers at 2-2-1, with whom they tied. The Bengals now have control of the division, coming back from a 17-0 hole to beat the Miami Dolphins 27-17 with two defensive scores.

But the Ravens believe that they should be 4-1 as well. They ended up losing to the Browns in overtime (Cleveland has bafflingly been to overtime already three times in five games, going 1-1-1 in them), where they lost on a late field goal.

The Ravens’ Michael Crabtree puts the loss on himself, however. He had two drops in the game, and that doesn’t include a potential game-winning touchdown at the end of regulation that was off his hands.

“Put this game on me”, he told reporters after the game. The veteran wide receiver has had a lot of drops this season, his first with the Ravens. He has always had drops in his career, despite being a sure-handed player in college.

“I had a game-winner I could have caught”, he said. “I put that on me. I’m going to have to get back in the lab and get back to the basics. You know what I’m saying? That’s just what’s going on”.

According to Pro Football Focus, Crabtree came into this game with the second-worst drop rate among eligible receivers, dropping five of 34 targets, and he can add two more to that. Demaryius Thomas was the only other player to drop more than three so far.

No team scored any touchdown, the final score 12-9, all field goals. Or was it? No, like the Steelers, they were nearly bitten by their kicker. New Browns kicker Greg Joseph missed an extra point that would have given them a 10-9 win had regulation scoring otherwise remained the same.

In his defense, he did make all three of his field goal attempts and all four extra points during his first two games with the Browns this year. And he did kick the game-winning field goal in overtime from 37 yards out.