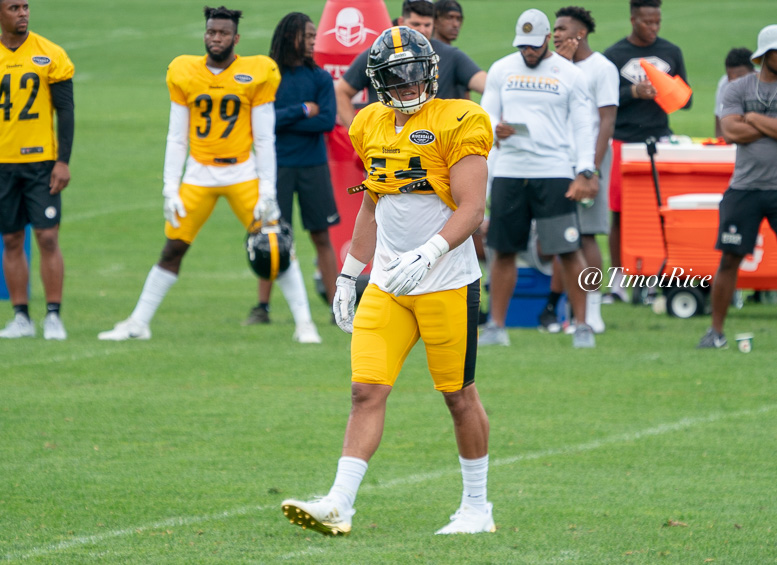 L.J. Fort was everywhere last Sunday against the Atlanta Falcons. Six tackles. Three QB hits. A fumble recovery for a touchdown. All while playing only about 33% of the snaps. While he seems unlikely to play this week due to an ankle injury suffered during that game, making the performance even more impressive, Keith Butler says that type of output warrants serious consideration moving forward.

That’s what he told Bob Labriola in this weeks Coordinator’s Corner.

Fort was used in sub-package role, primarily on 3rd and long and anytime the Steelers went to their dime package. He was targeted once in coverage, allowing the completion, but making the tackle and keeping it short of the sticks. He also maintained his heavy role on special teams, an area he’s excelled at since being added to the roster late in training camp in 2015. That’s let him stick around until injury opened the door, much like it did for Jordan Dangerfield back in 2016.

Butler agreed what Fort did against Atlanta was impressive but cautioned in no way was it surprising.

As we mentioned at the top, it’s looking unlikely he plays this week (update: now officially doubtful). But with the bye week after, Fort will have plenty of time to get healthy and perhaps have some sort of gameplan for him coming out of the bye. At the least, you have to think there will be certain weeks where his skillset makes sense to use, whether that’s on a speedy back or tight end, something the New England Patriots have both of.

Talking up Fort is nothing new around here or really anywhere in Steelers’ Nation. It will always baffle me – and I’m sure you as well – how Fort was left out of the picture last season. Mike Tomlin and company opting to roll with Arthur Moats and then Sean Spence at ILB, failing miserably, and straying away from their long-stated “next man up” mentality, an outright slap in the face to Fort. Hopefully they don’t make the same mistake twice.