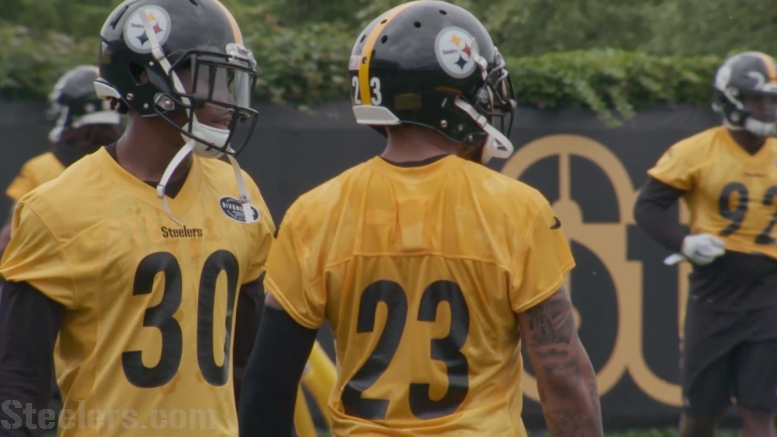 Joe Haden will be the first to admit it was a slow start for the Pittsburgh Steelers. To say anything else would be certifiably insane. This was, after all, a defense absolutely carved up by Patrick Mahomes in Week Two. Injuries didn’t help either. Mike Hilton, Morgan Burnett, and even Haden himself have missed time.

But with the group healthier, only Burnett is still down, Haden is seeing real improvement from the secondary.

“I think we started off pretty slow,” Haden told reporters via the team site. “But in the past couple games, we’ve been doing a whole lot better. Keeping the ball in front of us and making tackles.”

Haden said new DBs coach Tom Bradley strongly emphasizes being good tacklers. It’s begun to pay off the last two weeks, a secondary now capable of keeping a lid on offenses, in part thanks to some sure tackling. Since Week Five, the Steelers have allowed just four passes over 20 yards, tied for the third fewest in the league over that span. Compare that over the first four weeks when they allowed 18 such plays, tied for the fifth most.

That type of defense was on display against the Cincinnati Bengals, who recorded only one play that went for more than 17 yards. Missed tackles have dropped across the board while the defense has been in position to make some splash plays. Unfortunately, some players like Haden haven’t quite been able to finish the play.

Getting this defense in the right direction has been an all-hands-on-deck type of effort. Haden said there are certain times where Mike Tomlin will speak to the group by himself, going through the tape and critiquing their game. Tomlin is a former DBs coach so it’s something he’s more than familiar with doing.

“He’s very hands on with us…he does meetings with us with just the DBs and some of the linebackers and lets us know why we’re running what we’re running. He’s very influential and he’s very into what’s going on in the secondary.”

Haden also added he knows Tomlin and Keith Butler spend plenty of time talking in preparing for that week’s gameplan.

The secondary will be tested weekly, partly because of the fragile, still difficult to fully trust state that it’s in, but their final exam will appropriately come over the last quarter of the year. In Week 13, they’ll face Philip Rivers. Two weeks later, they’re seeing Tom Brady and a week after that, they’ll travel to New Orleans to take on Drew Brees. Three likely Hall of Fame quarterbacks in a month. Let’s hope this group has taken several more steps by then.