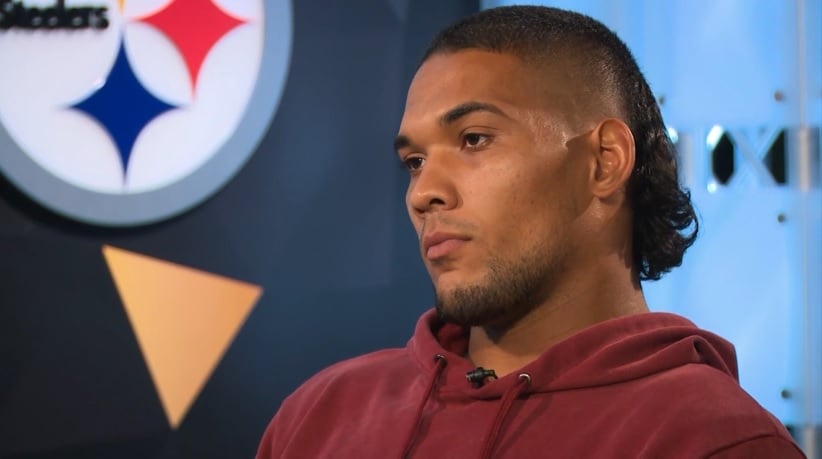 Leaving his rookie season, James Conner didn’t know what his role was going to be in 2018. Months ago, no one could predict what’s happened with Le’Veon Bell.

One thing Conner did know? Regardless of his role, his aim was to build and earn the trust of everyone counting on him if he stepped into a significant role.

Speaking with Missi Matthews of Steelers.com, he was asked if he had to earn Ben Roethlisberger’s trust in Year Two, especially after realizing he’d be the starting running back for the considerable future.

“You gotta earn his trust every day,” Conner told the site. “Wipe the slate clean every day.”

Consider that mission accomplished. Roethlisberger has vouched for Conner now twice this week, saying that even if/when Le’Veon Bell suits up, there should be a committee role in the backfield.

“I don’t want to jinx anything but he’s catching almost everything I throw to him and he’s in the right spot every time quickly. So I know we talk about in terms of yards rushing, you may see that up and down, but in terms of just football player and running back play, [his arrow has] been going up every week”.

It’s his role as a receiver and blocker that’s really made the difference. Conner, through five games of the year, is still averaging a higher yards per catch than Antonio Brown, 10.9 to 10.7, and has been an excellent checkdown option for Roethlisberger. He’s also been involved in the screen game, a significant part of the offense. Look no further than the 3rd and 13 pickup he recorded last week, breaking six tackles on his way to the first down.

But Conner recognized it wasn’t only Roethlisberger he had to earn the trust of. To him, it had to be everyone, top to bottom.

“And not just his trust. But the o-linemen, the coaches, the guys on  defense, the whole team. You want to get trust and respect from all your teammates. So you gotta prove it every day.”

Conner expanded on how a runner earns the trust of the five big uglies up front.

“Just running the ball in the right spots. Reading the blocks correct. Trusting what they’re going to do up front. Guys pulling, just knowing how it works.”

He hasn’t gotten just what’s blocked either. Conner has shown the ability to create, to make people miss, or sometimes, simply just run them over. Check out this run from Sunday. Looks doomed, there’s contact at the line of scrimmage, but Conner runs hard, drags a couple Falcons and picks up five on what should’ve been a no-gainer.

OL did a great job up front but James Conner created a lot of yards on his own. Met at the LOS, runs hard, falls forward, gain of five. #Steelers pic.twitter.com/hoBQDHzYZz

It all adds up to Roethlisberger being exactly right. If Bell comes back, Conner deserves a role on this team. Sometimes that can mean both of them on the field at once, that’s a headache for any defense, But it’s more than that. This year, there will be time when Bell will be the one taking the seat on the bench.