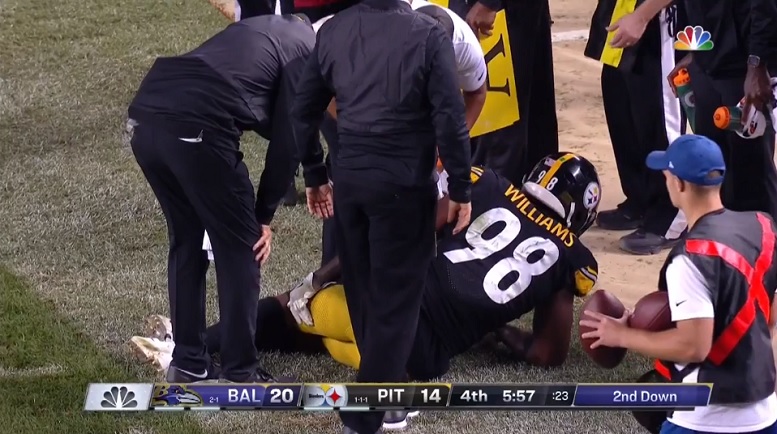 The Pittsburgh Steelers listed inside linebacker Vince Williams as doubtful on their Friday injury report after he failed to practice a third consecutive time this week. That listing now means that Williams, who is dealing with a hamstring injury, is likely to be inactive Sunday when the Steelers host the Atlanta Falcons at Heinz Field. If that’s the case, Williams’ impressive consecutive regular season games played in streak of 83 will come to an end.

Currently, Williams’ streak of 83 regular season games played in is the fourth-longest in the NFL for linebackers as only Ryan Kerrigan (115), Demario Davis (100), and Anthony Levine (84) have longer ones. Williams has started the last 20 regular season games for the Steelers and has made 37 starts during his career in total on his way to registering 291 total tackles.

Assuming Williams’ consecutive games played in streak does indeed come to an end on Sunday, Steelers tackle Alejandro Villanueva will then have the longest such streak on the team. Villanueva enters Sunday’s game against the Falcons having played in the last 52 regular season games.

Currently behind Villanueva on that list of Steelers players is tight end Jesse James, who enters Sunday having played in 44 consecutive regular season games.