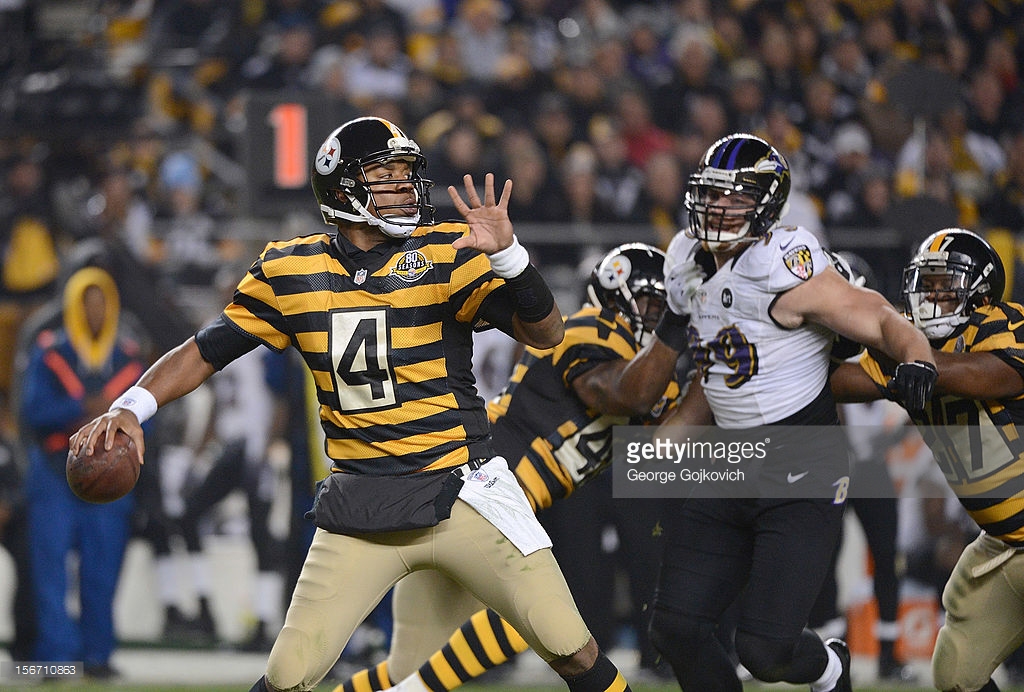 The Arizona Cardinals have a new offensive coordinator as of Friday and its none other than former Pittsburgh Steelers backup quarterback Byron Leftwich.

Following the Cardinals very disappointing Thursday night blowout loss at home to the Denver Broncos that included rookie Arizona quarterback Josh Rosen completing 21 of 39 pass attempts for 194 yards with one touchdown and 3 interceptions, the organization fired offensive coordinator Mike McCoy early Friday morning and named Leftwich, who had been serving as the team’s quarterback coach, as his replacement.

Leftwich, who entered the NFL originally as a first-round pick of the Jacksonville Jaguars in the 2003 NFL Draft, played for the Steelers in 2008 initially before being traded to the Tampa Bay Buccaneers in 2009. He would return to the Steelers in 2010 and spent the next three seasons as an experienced backup along with Charlie Batch behind Ben Roethlisberger.

Leftwich became the Cardinals quarterbacks coach in 2017 under then head coach Bruce Arians who then predicted that the Marshall product would likely be an offensive coordinator in the NFL very soon and a head coach not long after that. After Arians abruptly retired due to health-related reasons following the 2017 season, Leftwich was retained by the Cardinals.

“I’m a pretty confident guy, but I had never done it, and I had never practiced it,” Leftwich said in February about his offensive play calling ability and experience doing it. “That’s the tough part. Knowing B.A. [Bruce Arians], B.A. ain’t going to give you two weeks in practice to prepare. He gave me a 10-play period to call them. The first time I ever called plays was in the game. I wish I would have done a few things here and there better, but that’s the exciting part of growing in this business. That helped my growth.”

It will now be interesting to see if Leftwich can help get the Cardinals offense turned around quickly and Rosen back on track with his early NFL development. The Cardinals are now on a mini bye week of sorts thanks to them playing Thursday night and they’ll next prepare to play the San Francisco 49ers at home a week from Sunday.