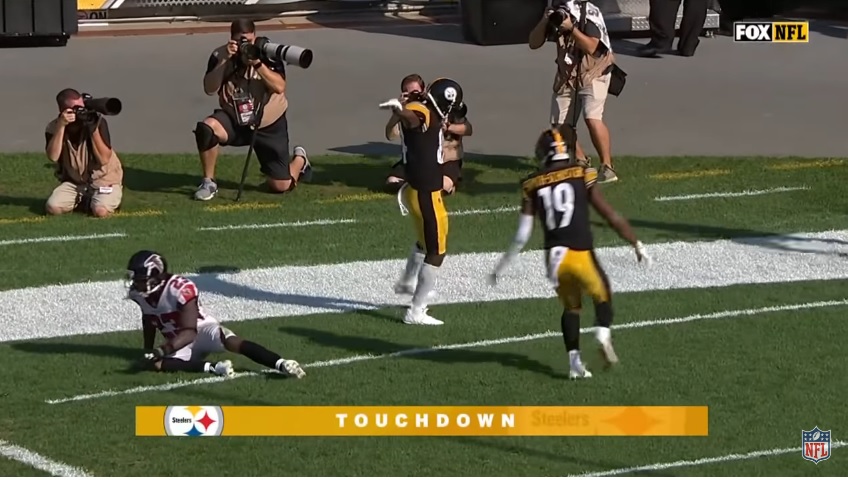 The old saying goes, it’s now how you start but how you finish.

For wide receivers, that’s not always true. A good start leads to a high chance of success. A bad one? You’re probably going nowhere.

Few receivers in the league are as good as a route runner or off the line of scrimmage as Antonio Brown. He proved that again Sunday afternoon, connecting with Ben Roethlisberger deep downfield for basically the first time all season.

Brown is squaring off against Robert Alford, far from a bad cornerback. Press man coverage with the isolated “X” receiver in this 3×1 set, a typical response from defenses.

Alford wants to punch Brown and try to pin him to the sideline. As corners are taught to do, he punches with the hand opposite the release, allowing him to open up his hips as he punches. If you punch with the same hand (say, your right hand with a right release), your hips never open up, and you’ll easily be beaten.

But Brown knows the coverage he’s facing. And how to beat it. As Alford extends his left arm to get into Brown, AB swipes down with his right hand, over the top, to knock the corner’s hands down and free up his release. 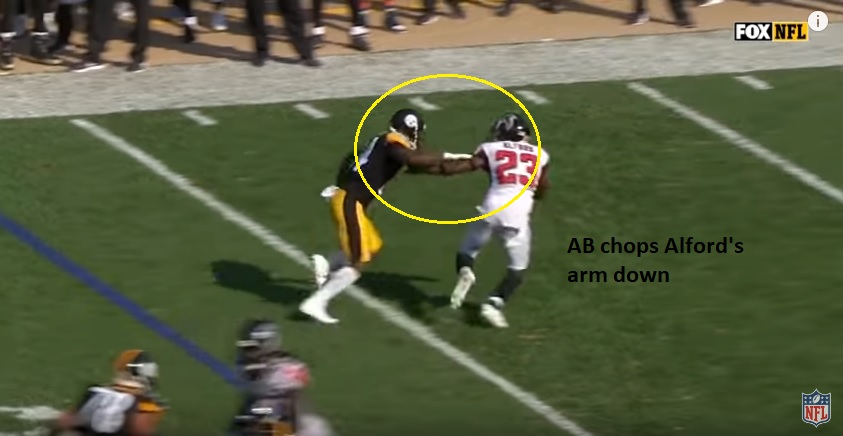 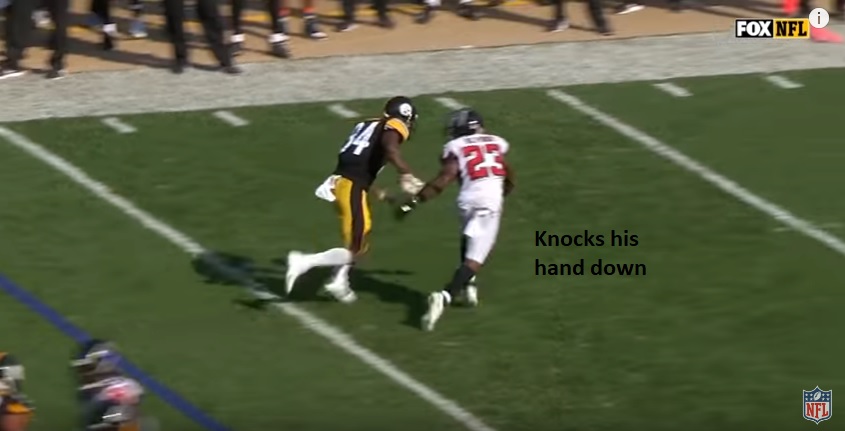 It’s subtle but it looks like Alford reaches with his right hand to try to bump Brown from the front in an attempt to recover and slow him up. Brown deftly turns his right shoulder slightly inside to close his chest. 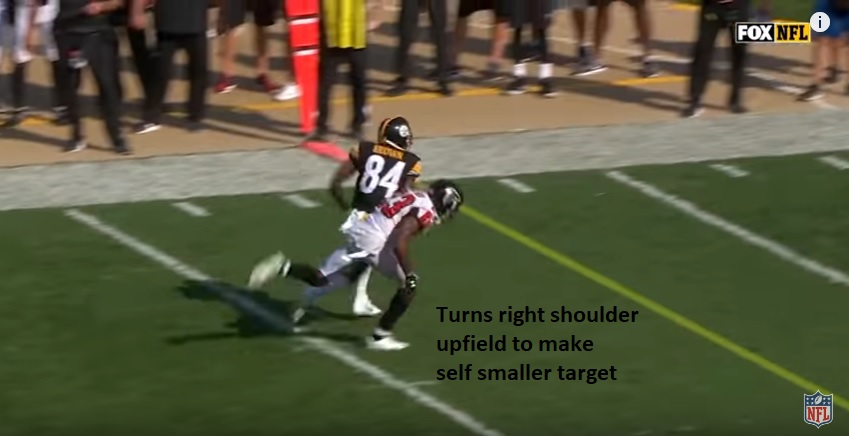 That move gets Alford off balance and causes him to stumble. A bad place to be in if you’re facing Antonio Brown. 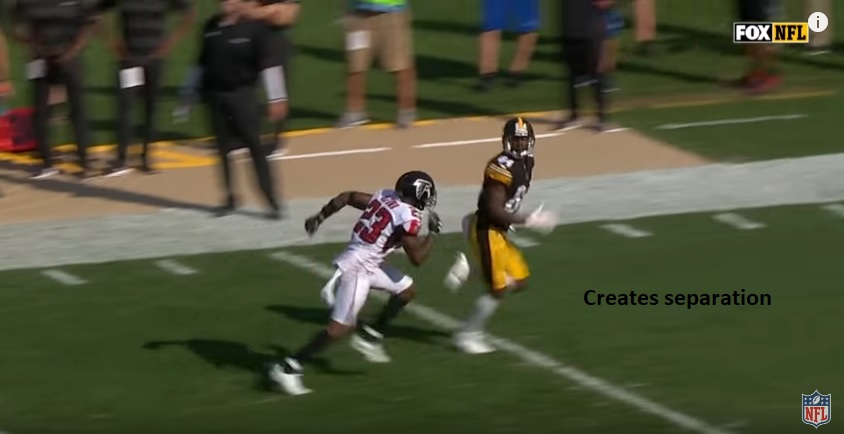 That creates space vertically and forces the safety to bail Alford out. But it’s a beautifully thrown football from Ben Roethlisberger and the safety can’t close in time. Brown makes the catch and finds the end zone.

Winning in the NFL doesn’t have to involve juking a dude out of his jockstrap or hitting the spin cycle that way DeAndre Hopkins did last night (though both certainly help). Sometimes it’s all about the details. Playing with good technique, playing fast, and finishing the play. Time and time again, that’s what Antonio Brown does better than anyone else.