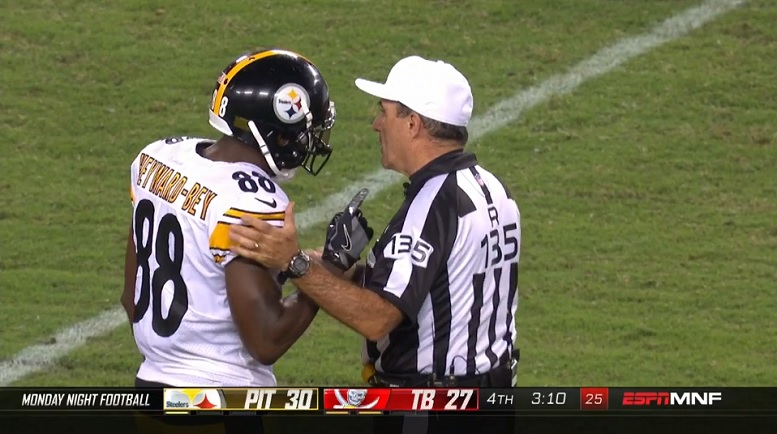 If there’s one category you don’t want to be leading in, especially after a bye week, it’s penalties. But the Pittsburgh Steelers are rowing that boat today. They’re tied for a league-high 58 of them, joining the Kansas City Chiefs and Cleveland Browns. Those two teams haven’t had their bye week yet meaning on a per-game basis, the Steelers are still worst in the league.

Pittsburgh is also the runaway leader in penalty yards, the only team with over 500 (528). The next closest are the Chiefs with 480.

Penalties are popcorn but most prevalent on defense and special teams. According to the very handy nflpenalties.com, the Steelers lead the league with 16 flags on special teams. No other team has more than 12. Defensively, they have another 25, second only to the Chiefs.

The offense is the one bright spot here with only 17, tied for the sixth-fewest this year.

In total, 15 of these penalties have been pre-snap, a serviceable number given how many they have in total. So maybe there’s a bit of bad luck at play, judgment calls by refs that haven’t gone Pittsburgh’s way. But those penalties have put the team in big holes early. Mike Tomlin cited early-game penalties as a reason for the Steelers’ slow start to the season. Those have tapered off and allowed Pittsburgh to get off to quicker starts, controlling the game instead of playing catch-up over the next three quarters.

Still, it’s a wholly unacceptable amount. The second half of the Steelers’ schedule is littered with quality opponents and in games like those, the team committing fewer mistakes is often the victor.

And of course, the team with the fewest infractions this season? The New England Patriots, who have played one more game than the Steelers, with 33. Only eight of those penalties have come pre-snap, tied with New Orleans for the least in the NFL. Their 270 penalty yards allowed is nearly half of the Steelers. That’s one reason why Pittsburgh has been little brother to New England for the last decade.