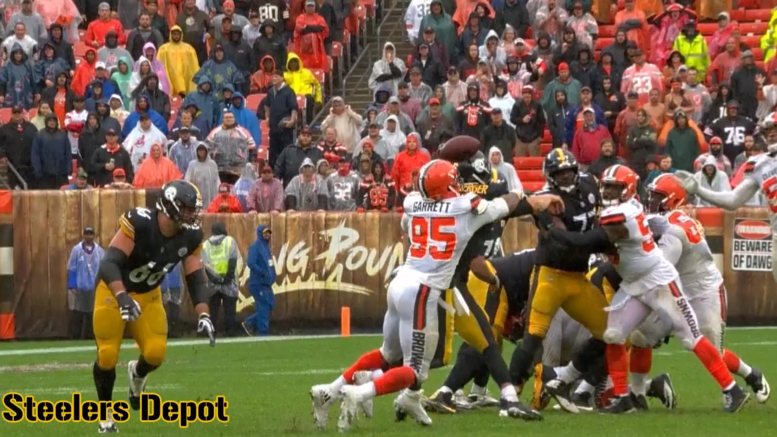 The Pittsburgh Steelers drew what was for them a rather unexpected result the last time that they stepped on a field against the Cleveland Browns. While they did not come away with a win, their bus trip back into the city was not under a celebratory air, either. They had tied.

While that was not what they were expecting to do as the game began, it was all rather predictable that they would not be able to win when you consider the utter rarity with which teams who turn the ball over six times in a game with a minus-five turnover differential actually manage to win the game.

As I wrote about the day after that game, there had been—at the time of the writing, 147 instances in which a team had a plus-five differential in the turnover department since 1999, the year that the Browns returned to the league.

Teams in those games with a plus-five differential posted an overall record of 132-4-1. And the Browns have two of the losses and the tie.

The point is not to refresh your memory on that trivial history, but rather to emphasize the need for the Steelers to do a far better job of protecting the football this time around. While they have not necessarily been turnover-prone this year—in fact, they only have four turnovers in the past five games—the Browns have continued to be one of the most greedy defenses, leading the league with 20 total takeaways.

Even considering that six of them occurred in the opener, that still means that the Browns have accumulated 14 takeaways over the course of the past six games, which is six more than the Steelers have recorded this season. Their 14 takeaways would still tie them for the fourth-most turnovers in the league right now.

And of course when I say that the Steelers need to protect the ball more this time, I do mean largely Ben Roethlisberger, who threw three interceptions and lost two fumbles on sacks, but it is more of a collective effort. One of his interceptions came off of pass that hit Jesse James’ hand, while another seemed to be a miscommunication.

Both James Conner and Vance McDonald have fumbled twice this season, each losing one of them. Nobody else other than Roethlisberger has put the ball on the ground yet, at least, but obviously attention should be paid to these two.

As for Roethlisberger, there are only two games this year so far in which he hasn’t thrown an interception, and only one in which he hasn’t at least put the ball on the ground. The good news is that that would be his most recent game, so hopefully he continues that clean trend.