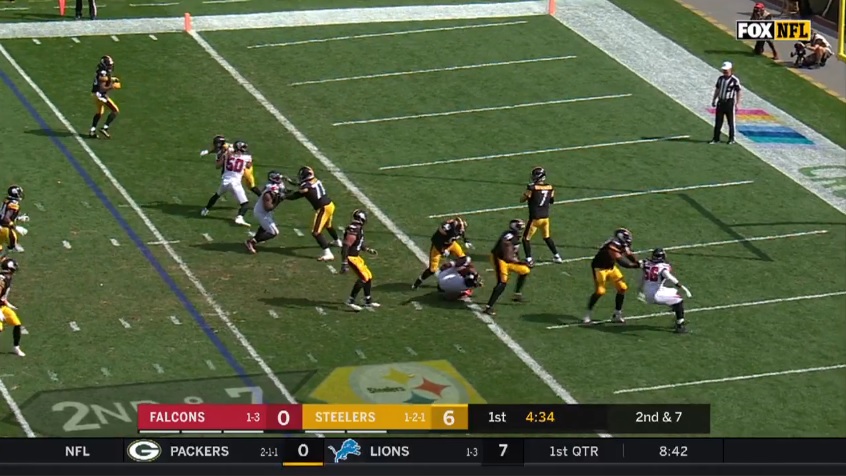 It’s not just a cliche. At least, not in Pittsburgh. As the offensive line goes, so does the rest of the Pittsburgh Steelers’ offense. They were excellent today. As was everyone else.

Although the story will be about Ben Roethlisberger getting on the same page with Antonio Brown or James Conner’s big day, speaking to the media, Roethlisberger deflected and gave the credit to the offensive line.

“It was awesome,” he said via Steelers.com. “I thought we were really balanced today. it was one of those games where we could be. It starts with the o-line. They were fantastic today. Opened up holes for James and Rid and protected me in the pass game. It always starts with them.”

Pittsburgh had equal success on the ground as they did through the air. Conner averaged 5.2 yards per carry and two rushing scores; for a large part of the game, his YPC hovered above six. Roethlisberger wasn’t sacked for the first time since the Houston Texans game last year as the line slowed down the pass rush of Takk McKinley and company. The Falcons hit him only four times and even then, it was often a glancing blow, not a monstrous hit.

Last week, in a way, was even better. Against the Baltimore Ravens, Big Ben was taken down just once, when the game was practically over, and hit just one other time.

Roethlisberger said there was a hidden “revenge” factor to prove people who doubted the Steelers’ ability to run the ball wrong.

It’s a line that’s finally getting back to being healthy too with some reps under their belt. Ramon Foster is playing like his old self after a bumpy first two weeks returning from his training camp bone bruise. David DeCastro and Marcus Gilbert returned last week from their injuries. Alejandro Villanueva is a continued steady force and Maurkice Pouncey is again proving why he’s among the best in the league.