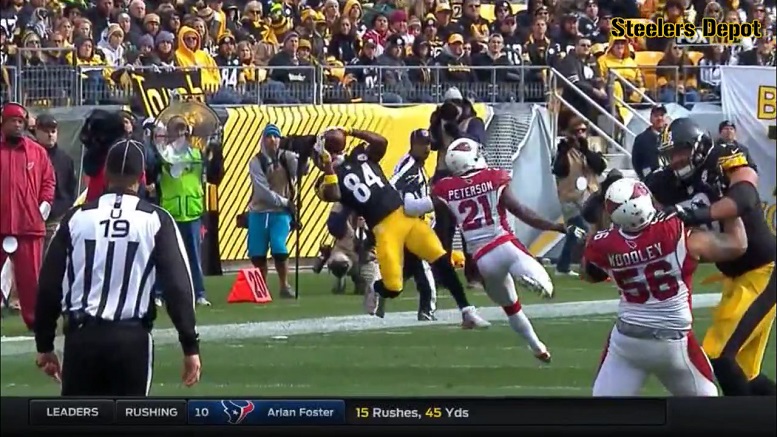 We all knew it was pretty unlikely Patrick Peterson was going to get traded, much less show up in Pittsburgh. And I’m sure Antonio Brown knew the same. In an interview yesterday, he clarified his public tweets supporting Peterson’s arrival was nothing personal to the current state of the Steelers’ secondary.

“I’m not the general manager. Peterson is just one of my friends. He reached out to me in regards of his situation. That’s why I did it,” Brown told reporters, referring to this tweet.

Mike Hilton was one teammate who replied to Brown, though it’s hard to tell if he was supporting the idea or disagreeing with the notion the Steelers need help. That tweet now appears to be deleted.

Brown made it very clear how he felt about this 2018 unit.

Brown’s social media activity has been under the microscope throughout the year. Some of that fair, some of that not. This arguably falls into the latter category. That tweet isn’t a slight against anyone on the roster but AB supporting a friend. Certainly the last thing to get up in arms over.

We’ll know in a couple days if the Steelers make any sort of trade, the deadline this Tuesday at 4 PM/ET. The odds of a deal are inherently unlikely. Oakland’s Gareon Conley has been floated but he’s a struggling corner that the Raiders don’t seem particularly excited to part ways with. The Giants are cleaning house, leading some to speculate about Janoris Jenkins, but his contract in relation to the quality of play doesn’t add up. As we pointed out earlier in the week, only once in Kevin Colbert’s tenure has he made an October trade.

It’s an important reminder that this is social media after all. And while players can make mistakes and cross lines, Brown sure has this year, not everything has to be taken so literally and cynically.