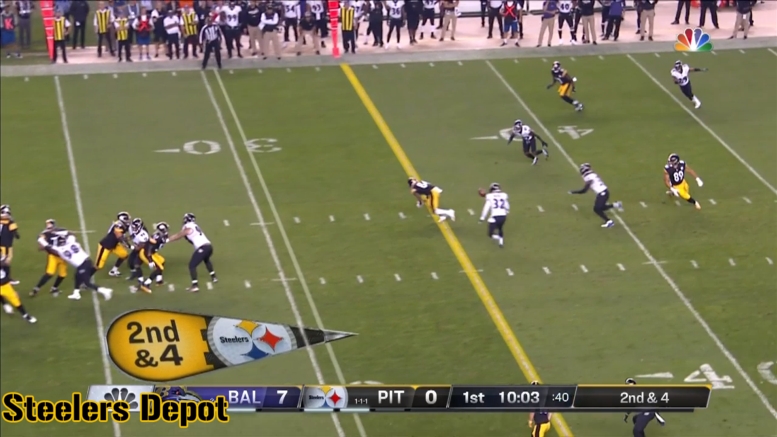 Pittsburgh Steelers quarterback Ben Roethlisberger targeted wide receiver Antonio Brown 11 times last night. The wide receiver was only able to catch five of them. Off the top of my head, I don’t recall any of the incompletions being particularly catchable, but it was the first time this season—and since Week Nine of last season—that he caught fewer than half of his targets. The first times since two weeks prior to that when the had at least 10 targets.

As we broke down for you late last week, a whole lot of the problem in the connection between the two players has simply come down to the quality of the passes coming in his direction. That is mostly on Roethlisberger, though there are issues in the exchange on both sides. And both of them know it.

For his part, the quarterback was so frustrated after last night’s loss that, when asked about his failure to establish a rhythm with Brown, he said that he felt like he wasn’t connecting with anybody. Brown was of course asked about it as well. He simply repeated, as if to himself, “we have to find a way to connect”.

Asked Antonio Brown about the missed third down conversions w/ Ben Roethlisberger and he said, “We have to find a way to connect.” And then he said it again. Three times. #Steelers

They did connect on one particularly nice 26-yard touchdown pass late in the first half. For as much grief as he has gotten, he has scored in three of the team’s four games so far, which is, you know, the most important part of his job, putting points on the board.

But it obviously goes beyond that. After catching nine passes for 93 yards in an overtime game in the season opener, Brown has gone nine for 67, six for 50, and now five for 62. On the season, he has 29 receptions for 272 yards, which hardly rate out to his standard production.

Over a full 16-game season, if he were to continue to put up the sort of numbers he has through the first quarter of the year, Brown can expect to see a season stat line that resembles something like this: 116 receptions, 1088 yards, and 12 touchdowns.

Which, when you look at it that way, really isn’t so awful. It’s certainly a lot of receptions, and the scoring is very respectable, but the efficiency is pretty strikingly poor, especially when you measure it out by targets. He is averaging under 10 yards per reception, but just 5.1 yards per target.

What can Brown do for you? Well, we know what that is because we’ve seen him do it in the past. The problem is, he may make the final delivery, but he needs to receive the package first, and there have been a lot of issues in routing it to him in the first place.

They have to find a way to connect. Somehow. And soon.