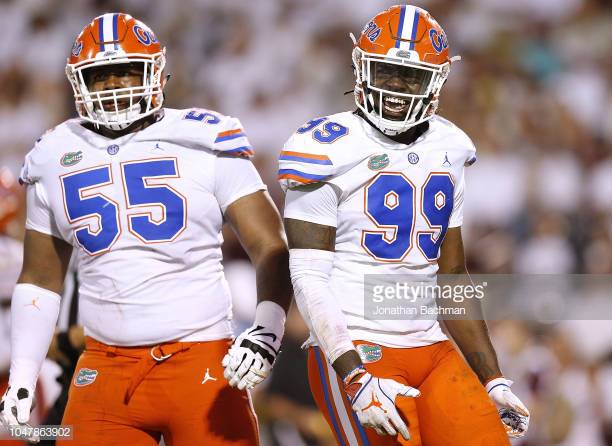 I wanted to write about this during the bye week but didn’t get around to it. So before the Pittsburgh Steelers play this weekend and we don’t think about next year until, ya know, next year, let’s take a peek at some of the names who could be in play come Round One of the 2019 NFL Draft.

“It feels like the Steelers have drafted about nine players cut from similar cloth the past several seasons, along with a slew of defensive backs of similar ilk. But alas, the defense still lacks playmakers and an identity. Allen has developed so much as a pass rusher this season, and he’s added bulk, too. He feels like a Steelers-type of defender. (And we mean that in a good way, believe it or not.)”

Yeah, another edge rusher from Kentucky is enough to make any fan a little queasy. They even profile the same, Allen listed at 6’5 260 (Dupree was 6’4, 269 coming out). He’s come on strong as a senior, already setting a career high with eight sacks through seven games. He has 22.5 in his career and his 13 TFL in 2018 ranks first in the SEC. Already a highly touted prospect coming into this year, odds are good he’ll be a first round pick in a couple of months.

This was the exclamation point on another standout performance by #Kentucky OLB Josh Allen (4 TFL, 3 sacks, 1 FF). His added strength and seasoning in 2018 have made a HUGE difference. pic.twitter.com/kJxhnLVhZ6

“The Steelers need help at inside linebacker and cornerback but Polite has been a terror this season for the Gators. And an effective pass rush can mask other issues on defense.”

Polite is having a similar year to Allen with 9.5 TFL and 7 sacks. His body of work is more limited, a junior with only four total sacks his first two seasons. But history shows the Steelers prefer to choose underclassmen, for better or worse.

The NFL Network’s Ben Fennell has posted clips of Polite’s domination throughout the season.

I also love he had 4 tackles last season 20+yds downfield – straight hustling til the whistle!! pic.twitter.com/wE0S9JuAYS

Edge rusher figures to be high on the Steelers’ list, especially if this is Bud Dupree’s final season in Pittsburgh (it’s looking that way). Inside linebacker and cornerback will also be in contention. So pretty much the same needs as we say every year.