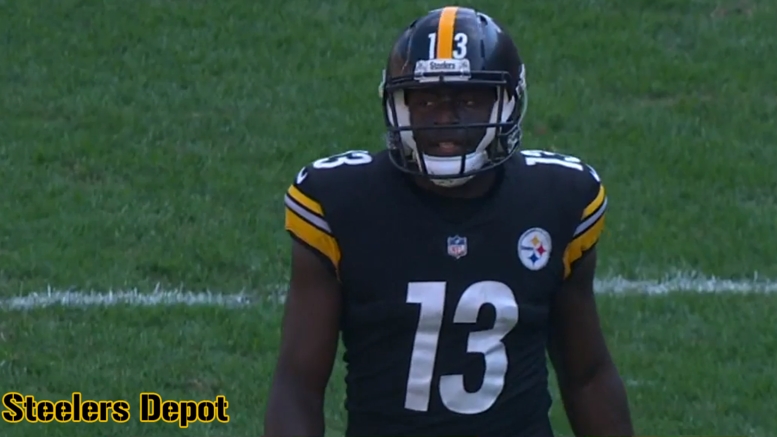 Question: Why did James Washington see a dramatically reduced role on Sunday?

James Washington only played 11 snaps in the season opener. For a rookie, that isn’t exactly much of a surprise. But he went on to play 66 snaps the following week. Beyond that, he seemed to fall into a groove of playing somewhere between 35 and 45 snaps per game, between half and two thirds of the team’s playing time.

On Sunday against the Cincinnati Bengals, however, he was far more of an afterthought, logging only 16 total snaps. He didn’t even see the field for the first time in the game until about six minutes in, the team’s 11th snap, and the final play of their second possession.

He played a whopping two snaps in the offense’s first 18. Through the 34 offensive plays run over the course of the first half, Washington was o the field for eight of them, or just 23.5 percent of the time. And it wasn’t about running a script to start the game, because he waited until the team’s 13th play of the second half to see a snap.

He would then play eight of the team’s next 14 snaps, but that was it. The Steelers played another 14 snaps after that, and he was not involved in any of them. Thanks in part to Darrius Heyward-Bey’s injury, Justin Hunter got to dress and they used him as the number three receiver down the stretch instead.

I can understand that a rookie is not necessarily going to be highly productive right away. What I don’t fully understand is why he ended up playing such a minor role in the final game before the bye week (just 21.6 percent of the snaps) after he had logged 190 of the team’s 276 snaps over the course of the previous four games. How do you go from 69 percent to barely one in every five snaps?