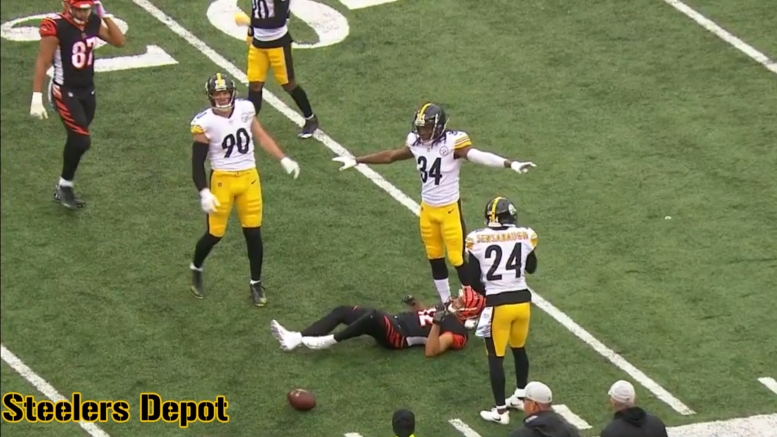 Question: Are the Steelers the team to beat in the AFC North?

By virtue of yesterday’s last-minute road victory over the Cincinnati Bengals, the Steelers are now 3-2-1 on the season with a .583 winning percentage, the first time during the 2018 season that they can claim to have a winning record. This if following a two-game winning streak to improve their standing from 1-2-1.

Their 3-2-1 record now has them in third place in the AFC North outright following the Cleveland Browns’ loss, but they are just half a game behind the division lead, which is currently jointly owned by the Bengals and the Baltimore Ravens, who throttled the Tennessee Titans.

The Ravens came into Heinz Field and beat up on the Steelers a few weeks ago while they were still looking pretty lost, but Pittsburgh has been playing much better football over the past two weeks, and will now have the bye week to rejuvenate.

Then they have games against the Browns and Ravens on the other side of it, while the Bengals have a bit of a tough stretch ahead of them. The Steelers, who have now won three of their last four games, were 4-2 at this time last season when they ultimately went 13-3.

While they only narrowly defeated the Bengals, they got a tough road game out of the way, and are in fact undefeated so far away from Heinz Field. They tied the Browns in Cleveland and defeated the Bengals in Cincinnati and the Buccaneers in Tampa. Surprisingly, they are just 1-2 at home.

But with their evidently sliding into a groove and a bye week to get healthy, their star players starting to warm up, it’s starting to feel like a show we’ve come to be familiar with. Just a couple of weeks ago, many were convinced that the season was over. Now, I’m sure some are looking at them as the favorites to win the division as things currently stand.