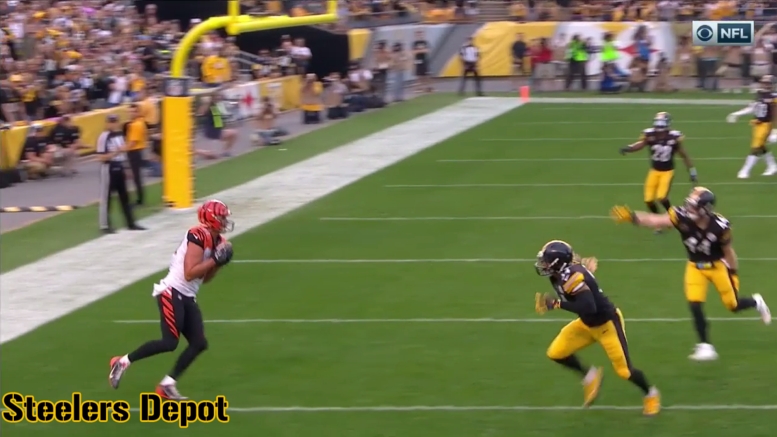 Question: Is the Steelers’ planned rotation at inside linebacker going to lead to significant blown assignments on Sunday?

The Steelers currently expect veteran inside linebacker Vince Williams to miss Sunday’s game, which will be the first of his career. Rather than rely upon one man to replace him, the coaching staff has reportedly been getting every other inside linebacker on the roster involved in some form or fashion.

Supposedly, the plan is to have Tyler Matakevich line up in the 3-4 defense, formerly their ‘base’, but which is no longer their primary package. L.J. Fort, who replaced Williams last week when he left the game, will play in ‘sub-packages’, and rookie Matthew Thomas will be ‘sprinkled in’.

First of all, does ‘sprinkled in’ mean that he is going to be use in the ‘dimebacker’ role that is currently missing its primary player in Morgan Burnett (and the next man up, Nat Berhe, is already on injured reserve)? Will he be used in the ‘Seminole’ package? Or will he just be a one-for-one substitution here and there during the game?

No matter when and how they sort out the playing time and role, it sounds like a recipe for communication breakdowns, which have already been an issue through the first four weeks of the season. Expecting three people to take over one role is not the ideal situation, complicating a role that is already an issue.

It doesn’t sound good, but there’s only one way we are going to find out how it works out, and that is to watch it play out. And let’s also remember that plans change. Perhaps if one player shows well, he’ll be left in the game.