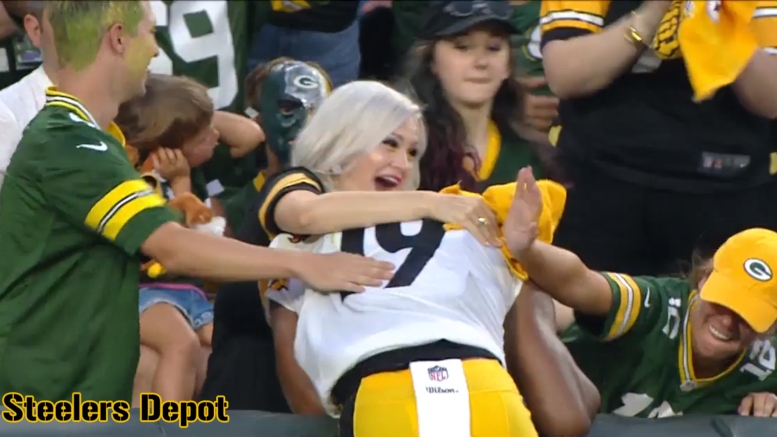 Anybody wondering about a sophomore slump for wide receiver JuJu Smith-Schuster should have already had their fears alleviated by now, given what he has done so far over the course of the first six games of the 2018 season.

After catching 58 passes for 917 yards and seven touchdowns as a rookie—the 917 yards being a team rookie record, and the other two figures also ranking in the top five in team history—Smith-Schuster is already off to a very good start this year.

While he can stand to get into the end zone more with two touchdowns (he had two opportunities for touchdowns that he failed to secure), the 21-year-old already has 42 catches for 561 yards, averaging 13.4 yards per reception.

Just to put a finer spin on those numbers, there have only been six 100-reception seasons in team history, and five of them were from Antonio Brown. The first time that he accomplished that feat was in his fourth season, and Hines Ward did it in his fifth season.

There have only been three 1500-yard seasons in team history. Brown is responsible for all of them. Additionally, of the 28 1000-yard seasons in team history, only four have ever come from a player within his first two season, most recently by Brown in 2011. Mike Wallace in 2010, Plaxico Burress in 2001, and Louis Lipps in 1985 were the other three. Of them, only Wallace had more than 1200, at 1257.

If there is one thing that Smith-Schuster has to work on, as alluded to earlier, it is securing the football on first touch. He has juggled too many balls this year, and some of them have resulted in him not making the play. He also has some straight drops.