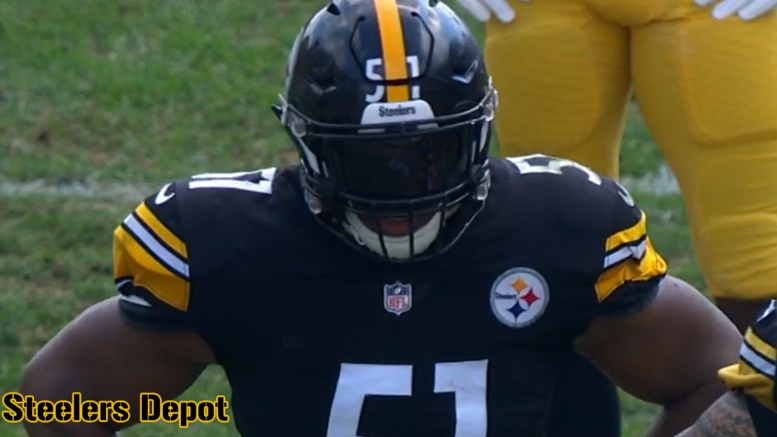 Jon Bostic is one of two new starters for the Steelers’ defense, the other, at this point I guess, being rookie Terrell Edmunds, who has become the starter by rote at strong safety with Morgan Burnett missing most of the season due to injury. At this point it’s likely that the former retains the job.

And Bostic isn’t going anywhere either. While he was made to go through the hoops this offseason in ‘competing’ for his starting job, there was never any real serious competition when it came to evaluating what each respective participant put on game tape during the preseason.

The Steelers signed him because they knew that he could start and do well if he had to start for them. Their plan was still to draft an inside linebacker, but they knew that they didn’t have to hit the panic button because they had Bostic, who played well for the Indianapolis Colts last season.

While the team has been substituting him on and off the field for a sixth defensive back, he has still logged over 250 defensive snaps and has been productive in them, registering 37 tackles along with two and a half sacks and three passes defensed, which actually ties a career-high, while the sack total is already the most he has had in a single season.

The Steelers have not tasked him with the responsibility of setting the defense because they don’t expect him to be an every-down player for them, but they also know it’s a role that he can serve if needed.

Bostic’s particular strength has been playing against the run. He has made 11 tackles against the run out of 13 that were registered as defensive stops, doing so on 108 run snaps, meaning that he registers a stop more than 10 percent of the time. He has also been an effective pass rusher and generally solid in coverage as well.