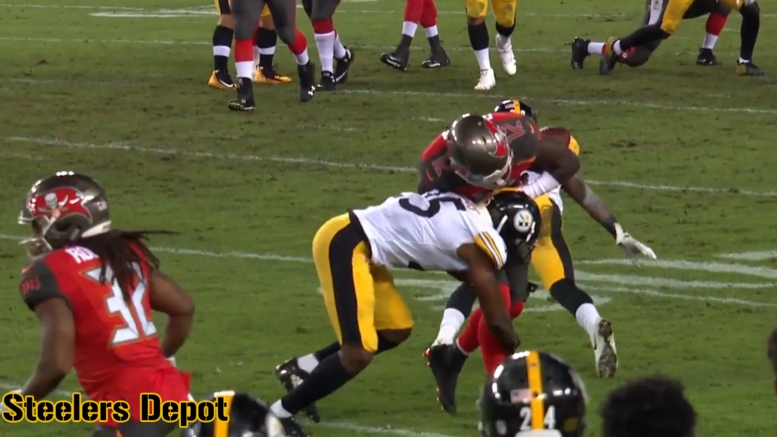 Suffice it to say that things have not gone as planned for Artie Burns, nor for the Steelers’ plans for him this season. The third-year cornerback ought to be emerging as one of the young up and comers at his position right about now, but instead he continues to struggle to even get on the field.

While he opened the regular season as a start, as he had been for the past two years, that changed after the second game of the year, during which he gave up two touchdowns and made other mistakes in the process. He has been rotating with Coty Sensabaugh since that time, with a relatively even number of snaps between the two.

Burns’ issues are many, and it’s not clear how or when they will be fixed. The first and foremost is and always will be confidence. An athlete, a football player, especially a cornerback simply cannot function without believing in himself that he is good enough to do the job.

That also includes the ability to hold in him a short memory, that if he should make a mistake or be beaten, he can leave it at that, learn from it, and move on to the next snap. Burns has seemed to have lost both his confidence and his ability to let things go.

As you might have noticed, he has struggled on the field to be decisive, particularly in zone coverage. He seems to be doubting himself and spending too much time thinking. We saw this in the touchdown he allowed in their last game.

But he has also been beaten several times, whether allowing the reception or not, working in man coverage. That was said to be his strength coming out of college, but his lack of trust in himself has caused him to peak into the backfield at inopportune times or to draw penalties out of fear.