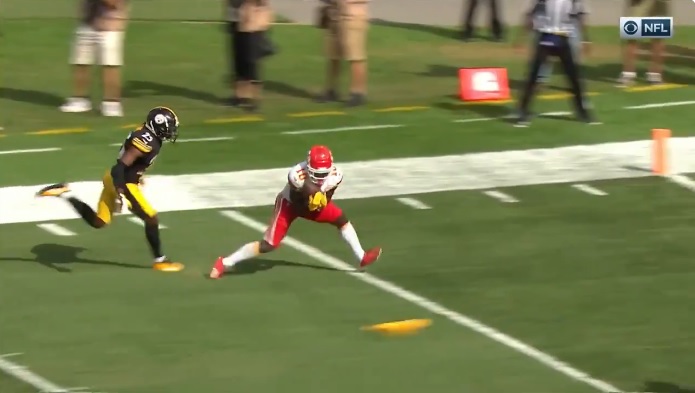 The Pittsburgh Steelers headed into last night’s game with a plan at cornerback. Unfortunately, part of that plan was not having one. The team decided that they had seen enough of Artie Burns’ mental and physical errors through the first two weeks of the season and, with Joe Haden returning, decided to start Coty Sensabaugh ahead of him.

The two of them rotated every two drives or so through the night, and by the end, there was certainly no clear winner. While it looked like Burns might have provided himself with a bit of redemption in the first half when he forced a fumble, he gave away his good credit with a rough second half.

Both cornerbacks struggled opposite Haden and were responsible largely for helping the Tampa Bay Buccaneers and quarterback Ryan Fitzpatrick to be able to climb back into the game late in the proceedings. Each were responsible for allowing fourth-quarter touchdowns that allowed them to get within a field goal of tying the game.

“I still felt we could be better down the field in some instances”, Head Coach Mike Tomlin said after the game. “Guys have got to make those one-on-one plays, those 50-50 plays. We didn’t make enough of them; they made too many”.

“We’ll keep working on playing guys until someone shows themselves in terms of being solid in that area”, he went on. “I really appreciated all of those corners’ play tonight…those guys kicked in, but we’ve just got to have better play in terms of not giving up that big play down the field in one-on-one circumstances”.

Tomlin confirmed when asked as a follow-up that that “until we find rhythm [at the spot], we’re going to play them all”, meaning that you can expect Burns and Sensabaugh to continue to rotate next week, and on and on going forward, until one of them steps up. Perhaps Cameron Sutton will even be put in the mix.

Burns is a former first-round draft pick now in his first season. He was expected to take a significant step forward, but he is continuing to make the same mistakes that he has made during his rookie season. It’s not as though the team has not given him the opportunity to work through his growing pains, but he has not reached that point yet by any means.

And Sensabaugh certainly does not appear to be a salvageable alternative. He was a healthy scratch in the season opener on a roster that only has five cornerbacks on it. That the team is trying to decide between the two of them if either can be counted on to play a full game is concerning to say the least.