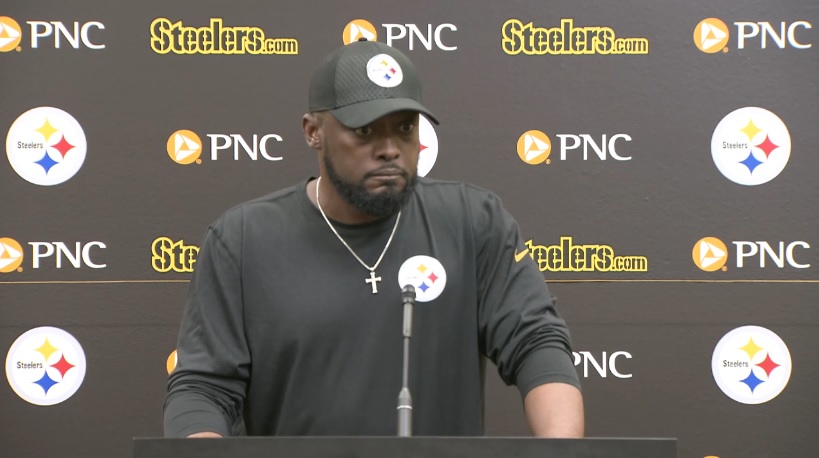 For seemingly the past two seasons, there’s always controversy in Pittsburgh. Too often, it’s been about what is happening when a Steeler has a phone in his hands, not a football.

This week is no exception: Antonio Brown clapped back at a former team PR worker, sarcastically asking to be traded. That came just a week after he threatened to punch a reporter in the jaw and less than a month since his dustup with Ed Bouchette during training camp.

Brown wasn’t the only one. Bud Dupree got himself into some trouble after responding, via Twitter private message, at a fan who criticized him. Then there was last year, where Martavis Bryant was suspended after publicly taking shots at JuJu Smith-Schuster.

Tomlin has been peppered with questions regarding social media use. While he said the big concerns there would be addressed, his focus remains on what happens on Sunday’s. Things like winning, something the Steelers haven’t done the first two weeks.

“I’m focused on real, legitimate things. Seriously. We gave up a few big plays. We’re playing a team that’s big play capable. You know, those are the real things.”

Pittsburgh will travel to play to the red-hot Tampa Bay Buccaneers Monday Night. They’re led by Ryan “”FitzMagic” Fitzpatrick, whose thrown four touchdowns in back-to-back starts and may not give up his spot even when Jameis Winston returns from suspension.

As Tomlin noted, big plays have been a theme in both weeks for the Steelers. They’ve allowed 12 plays of 20+ yards. Offensively, Tampa Bay has 13 plays of 20+ yards, tied for third most in the NFL behind only Denver and Kansas City, the latter of which just got done carving Pittsburgh up.

Tomlin also said he wasn’t considering making any changes to the team’s social media policy. And again turned his attention to getting ready for the week.

“I just want to stay focused on what’s real and what’s important. Our preparation and ultimately our play this week.”