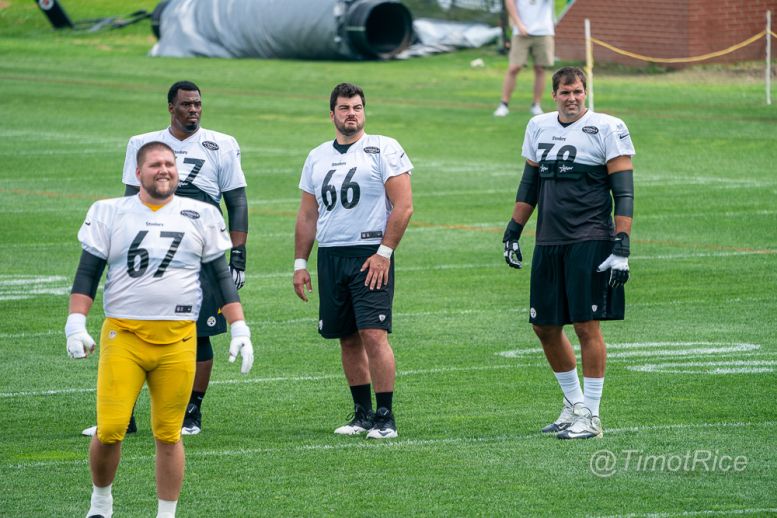 Following the dramatic and often painful Week 1 matchup against the Browns that resulted in a tie – considered a loss in Pittsburgh and a win in Cleveland – the injury list got a lot more extensive. Included among the battered Steelers is right guard David DeCastro, who suffered a hand injury in the second half.

DeCastro missed only 2 plays while getting evaluated on the sideline and never left the field for xrays.  He finished the game but has not practiced since then. While he remains hopeful that he will play in the season home opener against the Kansas City Chiefs, it is by no means a sure thing. The talented offensive lineman maintains that he could play even if he doesn’t practice on Friday because (in his words) he’s “old enough” but also admitted that he won’t try to get a helmet Sunday if he feels that he will be limited by his injury and back up utility lineman BJ Finney will be more effective.

So what are the chances that DeCastro not only takes the field but plays well? As always, let’s backtrack to anatomy before getting into the details. From the American Association of Orthopaedic Surgery:

The bones in your hand include: 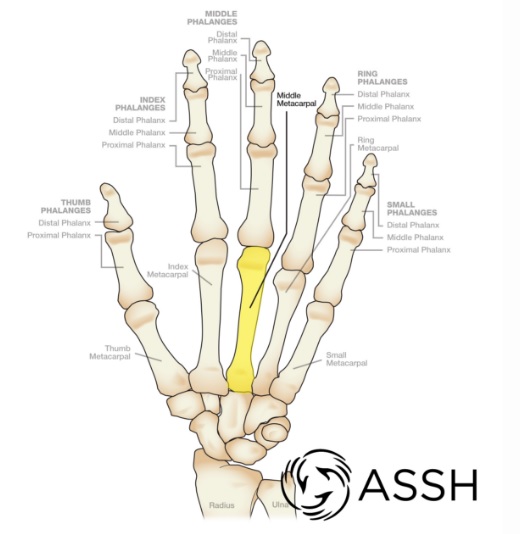 1 American Society for Surgery of the Hand

The term “hand fracture” can refer to the metacarpals or the phalanges.  The team never clarified further on the injury, and DeCastro didn’t either, other than to say it felt “crunchy” during the game.  Even the lineman said that he didn’t see the injury on tape and there are no images available of the brace he reportedly wore in the game following his return to the field.  So we do not know which bone or bones are involved.  Following the game, DeCastro would have undergone Xray to make the diagnosis.

Here are examples of hand fractures (on the left is a phalanx fracture, on the right is a metacarpal fracture): 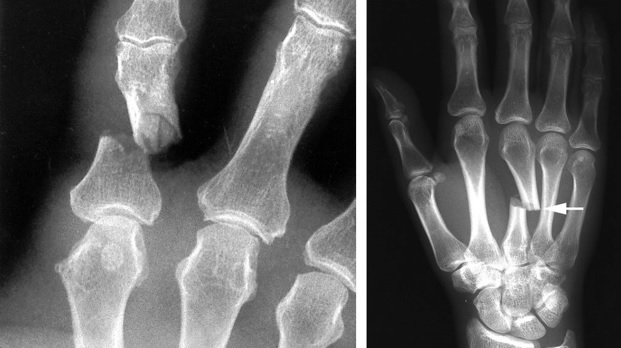 Here is a Boxer’s fracture, the most common hand fracture, which usually occurs when a closed fist strikes something (think frustrated Steelers fans punching walls): 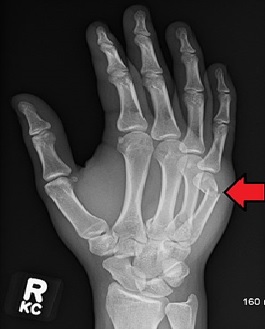 Fortunately, most hand fractures do not require surgery. Often the broken bones remain in the correct alignment.  If the fractured bones are out of normal position, they can often be realigned with closed reduction, where the doctor manipulates them back into correct position. This can be confirmed with an Xray.  At this point, a cast, splint, or brace is used to limit motion so that the bones can heal in proper alignment. The metacarpals of the index and long finger do not really move that much compared to the thumb, ring and small finger. Regardless of which metacarpal might be injured, stabilizing them is fairly simple with a brace that fits over the palm of the hand. If it is a phalanx that is fractured, a smaller brace will do the job. Depending on the location of a phalangeal fracture, sometimes the fingers are “buddy taped”, pairing the injured finger with the adjacent finger to act as a “moving splint”.

Range of motion exercises are usually started about 3 weeks after the injury.

Surgery is necessary if the bone fragments require stabilization or if there is an open fracture (the bone breaks through the skin). This is done by attaching a small plate to the various portions of the fracture or placing a heaving wire down the length of the bone. Here are a few examples: 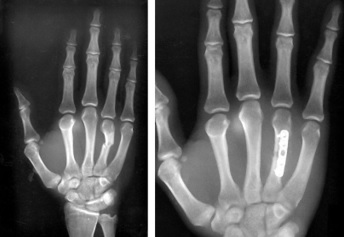 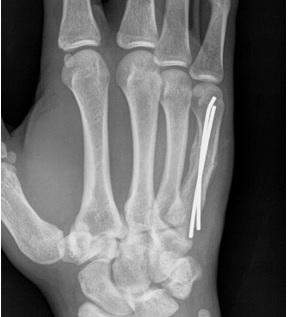 So what is the normal course for an NFL player? Washington University Department of Orthopaedic Surgery published a retrospective review in 2008 looking at 1385 hand, first ray, and finger injuries in NFL players. Here is what they found:

Most NFL players miss little or no time due to hand injuries, so there is still a very good chance that DeCastro will be ready to block on Sunday.  Unlike a skill player, he doesn’t need to be able to catch a ball.  Based on what we know, swelling will be the deciding factor.  It sounds like the swelling in his right hand got considerably worse after the game.  Until it goes down, a brace will not fit well enough to provide stabilization to his hand, making that hand useless come game time.  Assuming his swelling has improved, he may very well get a helmet this Sunday.

Coach Tomlin has a long tradition of sitting players who are unable to practice in the final pregame practice due to injury but he has also been known to make exceptions for certain players.  We have seen that in the past with Troy Polamalu, Hines Ward, Antonio Brown, and the same would likely be true for Ben Roethlisberger.  It will be interesting to see if DeCastro can get that opportunity as well.  My guess is that he plays against the Chiefs this weekend.