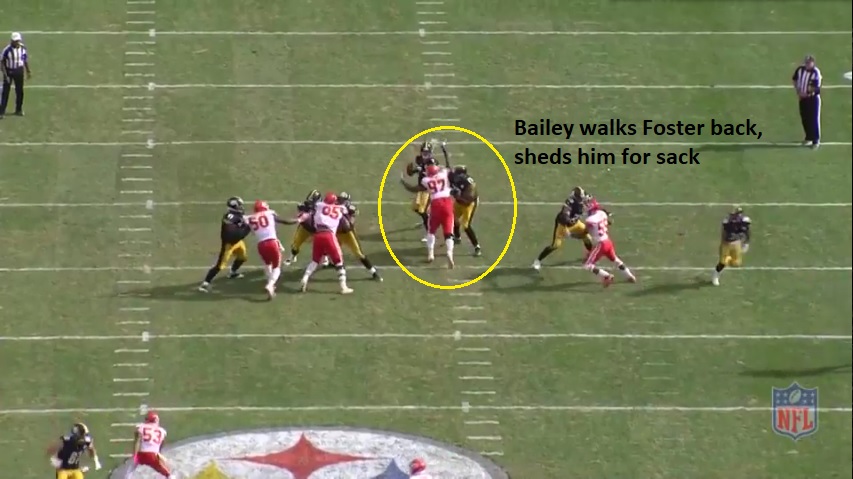 As we do every week, our sack breakdown and recap from Week Two against the Kansas City Chiefs. Only one this week, a sliver of good news coming off the loss.

Pretty short explanation here. Smash concept in the route downfield. Ben Roethlisberger waiting to see if the corner drives on the curl or sinks to the corner. Created a little bit of hesitation. 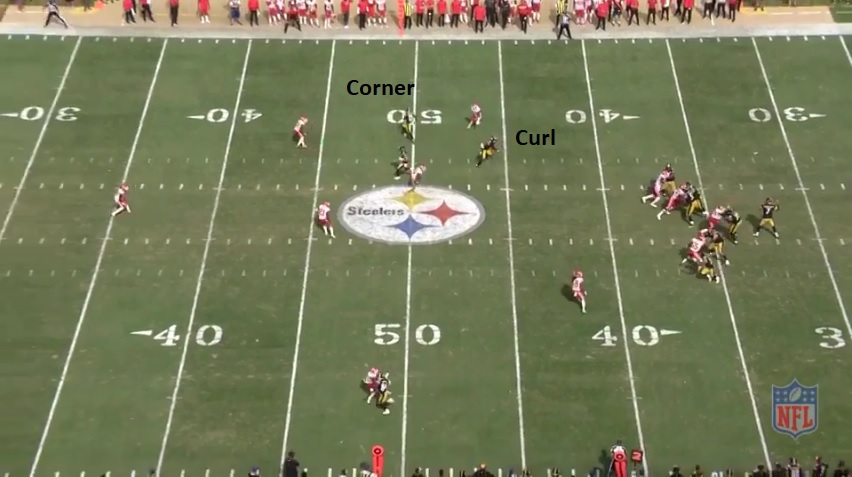 But the issue is on the line. Just a four man rush with five blocking. #97 Allen Bailey simply uses a bull rush to walk left guard Ramon Foster into the pocket. Wins with leverage, hand placement, and power. Bailey sheds as he reaches Roethlisberger and holds on tight to his jersey.

Refs blow it dead before Roethlisberger is taken to the ground so at least there’s that. No wear and tear on the body. Putting it on Foster, who is off to a rough start this season after missing the entire preseason with his knee injury.