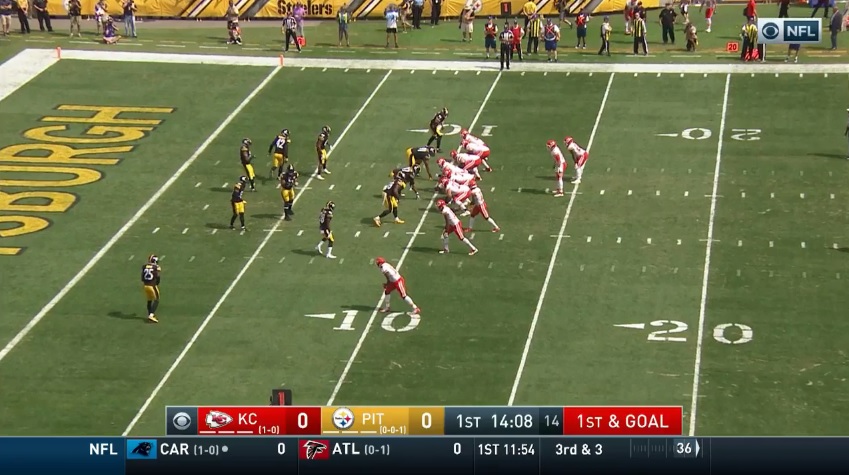 The Pittsburgh Steelers’ offense wasn’t their biggest problem yesterday. You’ll get no argument from me. But it’s fair to point out they, along with special teams, haven’t always put the defense in the best spot. Six turnovers in Week One, which to the defense’s credit, they responded really well. And yesterday, the offense went three and out on back-to-back drives to start the game while the punt coverage unit set the Chiefs up at the ten yard line to kick things off.

After the game, several Steelers lamented the rough start they got off to.

“Not good enough especially offensively when we take the field first and we get three, three-and-outs,” Ramon Foster said post-game via the team site. “It just wasn’t good enough. We knew it wasn’t going to be good enough when we start like that.”

The Steelers first two drives amounted to negative five yards. Ben Roethlisberger completed only one pass, for no gain to James Conner, setting the team up with 3rd and 12 and 3rd and 13 on each possession. The offense finally moved the ball on the third drive, though it ended in a Chris Boswell missed field goal, and the Steelers didn’t get on the board until it was 21-0.

That doesn’t absolve the many, many defensive miscues and problems. Bottom line: the Steelers, even without anything resembling a run game, still put up 37 points. They are, and this is an astounding nugget of info from Scott Kacsmar, the first team in NFL history to score that many points at home, not turn the ball over, and still lose.

The Steelers lost doing that today.

But anytime you’re winless through the first two weeks, it’s practical for every group to self-evaluate.

“We just gotta find a way to convert on 3rd downs, we struggled a little bit,” Jesse James said. “Found ourselves in some bad situations with penalties. It was a rough day. We started off giving them the ball back in their territory too many times to start the game. We had to fight back.”

The Steelers went just 3/11 on third downs yesterday and committed 24 penalties, the latter of which leads the league by a wide margin.

All of this has to turn around by Monday Night when Pittsburgh travels to Tampa Bay. If the Steelers lose and fall to 0-2-1, they’ll be digging themselves out of a hole all year long. Just as they had to yesterday.