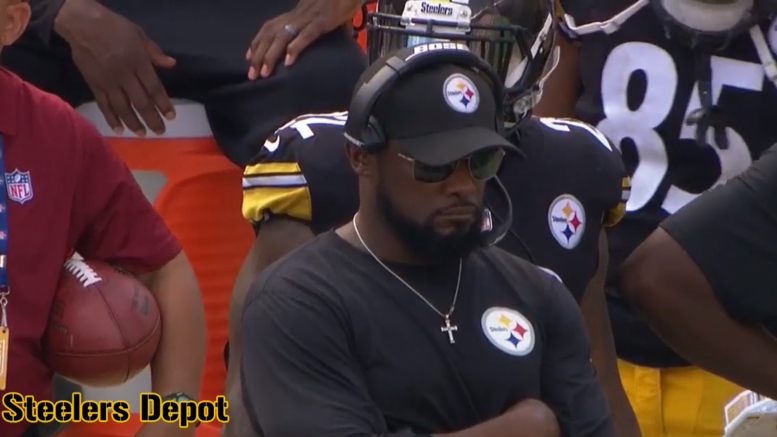 The Pittsburgh Steelers have had some dark times, no doubt, since their last appearance in a Super Bowl, which came at the end of the 2010 season. The following year, they went 12-4 but lost the division and were booted out of the Wildcard Round by Tim Tebow.

They followed that up with back-to-back 8-8 records in 2012 and 2013. But 2012 started out promising, the team posting a 6-3 record in the first nine games. That was also when Ben Roethlisberger was injured, and the team spiraled to a 2-5 finish, both with and without their starter.

The 2013 season started out disastrously, losing their first four games before going 8-4 for the remainder of the year, and the Steelers had righted the ship since, making the playoffs in every year since.

And they had not come away from the first two weeks of the season winless since then, at least until today. after tying the Cleveland Browns 21-21 in the season opener a week ago, the defending AFC North champions bottomed out in a 42-37 loss to the Kansas City Chiefs, a team that they had consistently beaten over the past couple of years.

While the offense started out slow, however, this result cannot be pinned on Roethlisberger and company. Roethlisberger threw touchdown passes to Jesse James, JuJu Smith-Schuster, and James Washington before running one in himself late, and James Conner also scored on the ground to give them five offensive touchdowns.

The defense did contribute two points on a safety that was set up by a Jordan Berry punt that put the Kansas City Chiefs on the one-yard line, but they also gave up six touchdown passes to Patrick Mahomes, a quarterback the Steelers scouted coming out in the draft in 2017.

Even when the offense dug itself out of a 21-0 nothing hole to tie the game at halftime today, the defense gave the lead right back to the Chiefs on the opening drive of the second quarter, the offense largely working at will. Tight end Travis Kelce in particular was a problem, beating the defense down the seam several times.

This is in contrast to last week’s performance, in which the defense played quite well, for the most part, outside of a couple of ugly drives to start and end the second half. The Browns scored one of their three touchdowns on a drive that started on the goal line.