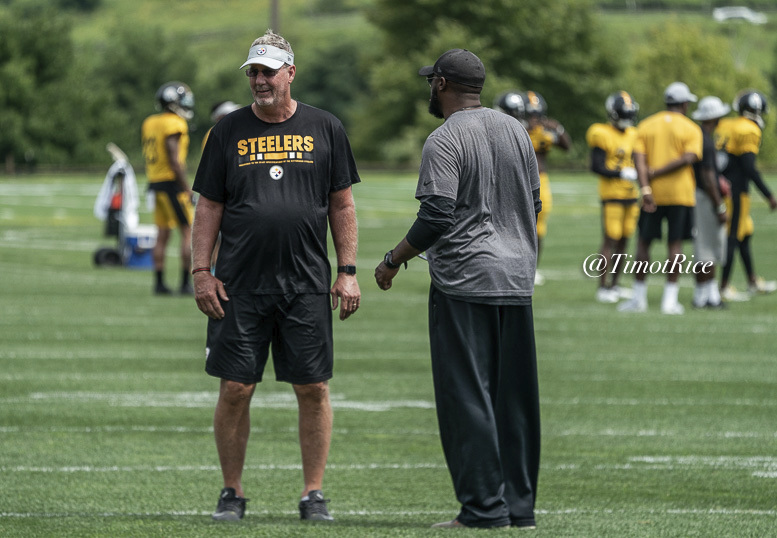 It’s unmistakable. You know it the second you see it. Like as a kid, the sound of the ice cream truck. Or Don LaFontaine’s voice over any movie trailer.

And to steal the nearly iconinc opening line he bellowed out so many times:

In a world where the Steelers give up more explosive plays…

It can mean only one thing. Miscommunication.

The Kansas City Chiefs rattled off five plays of 20+ yards against the Pittsburgh Steelers, one of which that eclipsed the 40 yard mark. Exactly one happened on five of their six touchdown drives; the lone exception was the first score, when the Chiefs started on the Steelers 10.

Steelers CB Mike Hilton: "We feel we gave them 21 points. They really didn’t go down and earn it on us. We had a lot of miscommunciations and blown coverages. It led for a 21-0 start.”

“We had a lot of miscommunications and blown coverages.”

I almost literally could copy and paste what I wrote about the defense prior to the playoff loss to Jacksonville last season. A snippet of what I wrote at the time.

“These chunks plays often aren’t the result of the Steelers flat out getting beat. Outrun, outmuscled, a great offensive scheme or anything like that. It’s Steelers beating Steelers. Communication breakdowns, receivers getting wide open.

No question, it’s the biggest question mark that hangs over the head of this team right now. Do you have trust in this defense to play smart and clean for three consecutive games?”

I’m sure we’ll hear the same platitudes this week. Gotta clean things up. Gotta get better. Can’t bet ourselves. You know Keith Butler is the king of saying it. And he’s not wrong. But it’s beyond tiresome at this point. Either fix it or the team needs to find someone who will.

It’s hard to even understand the rationale at this point. If James Harrison is to be believed, last year the Steelers somehow called two defenses at a time, leading to obvious confusion. If that’s still happening, and I’ll give the benefit of the doubt and assume that’s unlikely, then it’s inexcusable. Heads gotta roll.

But if it’s not, then what’s the issue? Butler’s defense, at least, in his words, isn’t supposed to be THAT complicated. It was designed for rookies and young players to get on the field right away in large part, because they needed them to. Simplifying the scheme to allow guys like Artie Burns, Sean Davis, T.J. Watt to get on the field and make an impact.

Dick LeBeau’s playbook was Encyclopedia thick. Butler’s is like a short novel. I know I’m looking at this from a 30,000 foot view but watching Butler, the defense isn’t that complicated. Yeah, it has layers, nuances, and some new wrinkles, but he’s not reinventing the wheel. Butler ran the exact same blitz three times at the end of the Browns game for God’s sake.

Maybe it’s a lack of playing time together. I wrote about that before the season started. Perhaps there’s still an effect. But things looked worse this week than last, the same weird downward trend that existed last season.

There’s issues on this team rooted in talent. Who’s the playmaker on this defense? The Steelers haven’t found that replacement who can even do an impersonation of Ryan Shazier, whether that’s at linebacker or in the secondary. Maybe it’ll be Terrell Edmunds. But not yet. Will the Steelers be looking for yet another OLB in the 2019 draft? Likely. So it’s not all on coaching. When you give up 42 points this week, and 45 the previous home game you played, it’s not all on just one person or unit.

But these issues aren’t talent related. It’s schematic, it’s communication, it’s guys doing their job and being in position. It hasn’t gotten any better under Butler. In fact, it’s getting worse.

Maybe this will be the new movie trailer come 2019.

In a world with a new defensive coordinator…