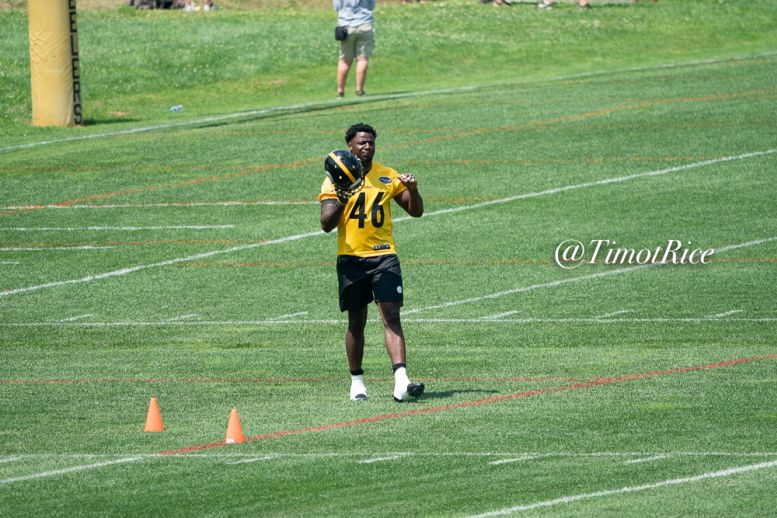 Way back in April, I criticized Kevin Colbert for whiffing on his UDFA classes the last two years. Groups that sure, always face long odds, but Colbert and the Pittsburgh Steelers, more than anybody, seemed to maximize that pool and find real talent. Whether they were elite players like James Harrison, stars who briefly shined like Willie Parker, or even role players like Robert Golden.

But 2016 and 2017 were the worst two such classes of Colbert’s tenure in Pittsburgh. Not a single UDFA member made the 53 initially and only one, DE Johnny Maxey, appeared in a game.

This year? Thankfully, finally, the Steelers found some diamonds.

Two UDFAs, more than the last three years combined, made the 53 man roster: Matthew Thomas and Ola Adeniyi. Yes, the Steelers had big needs at both spots but there’s no question both those guys earned their keep. Thomas and Adeniyi provided repeated splash plays in the preseason and training camp.

Thomas is the athlete the ILB position demands. One the Steelers are without after losing Ryan Shazier. Someone who can cover sideline to sideline, carry the tight end vertically, and have some pass rushing chops too. The Steelers liked to get Thomas after the quarterback, playing him on the edge in camp when the lines were thin and still blitzing him even when guys got healthy. He put an exclamation point on things with his strip sack fumble and recovery against Carolina Thursday.

As I said the other day, it’s now a question of how many snaps Thomas will play. And there will be a role for him.

Adeniy is the opposite. Not a tremendous athlete, not someone who will cover the whole field. But he reminds of James Harrison in number and in style; a stocky undrafted kid from the MAC who wins with power and leverage. He finished the preseason with three sacks, two forced fumbles. He’s dealing with a hamstring injury so it’s unclear what his status will be to open the regular season but the Steelers may have a 2019 starter should Bud Dupree struggle.

Making the roster is just the first step. And NFL success is far from guaranteed. But Colbert is back to what he’s doing best. Finding the talent everyone else ignores.

Shine on, you crazy diamonds.