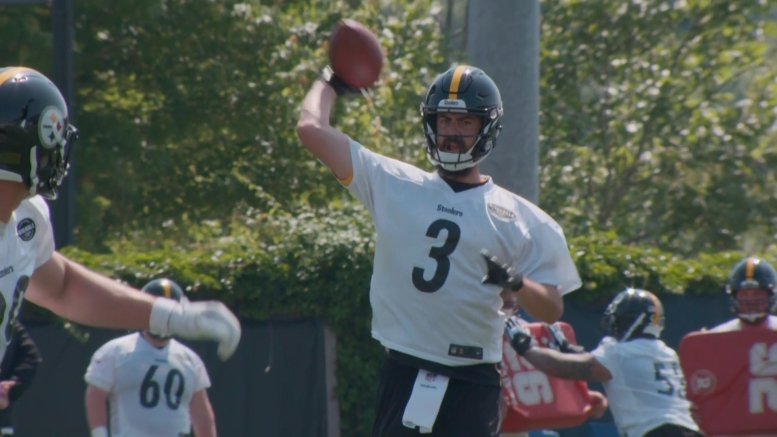 The Pittsburgh Steelers have made their initial final roster cuts of 2018 and if you were hoping for second-year quarterback Joshua Dobbs to be kept, you got your wish.

Instead of parting ways with Dobbs on Saturday, the Steelers chose to instead terminate the contract of veteran backup quarterback Landry Jones. That now means Dobbs and rookie Mason Rudolph will be the backups behind starter Ben Roethlisberger this season. It’s still not clear, however, as to which one of Dobbs or Rudolph will start the regular season as the No. 2 quarterback.

During a Friday radio interview, Steelers general manager Kevin Colbert wouldn’t come right out and commit to Jones being the backup to Roethlisberger in 2018.

In his six seasons with the Steelers, Jones completed 108 of his 169 total regular season pass attempts for 1,310 yards with 8 touchdowns and 7 interceptions. He compiled a 3-2 record in his five regular season starts.