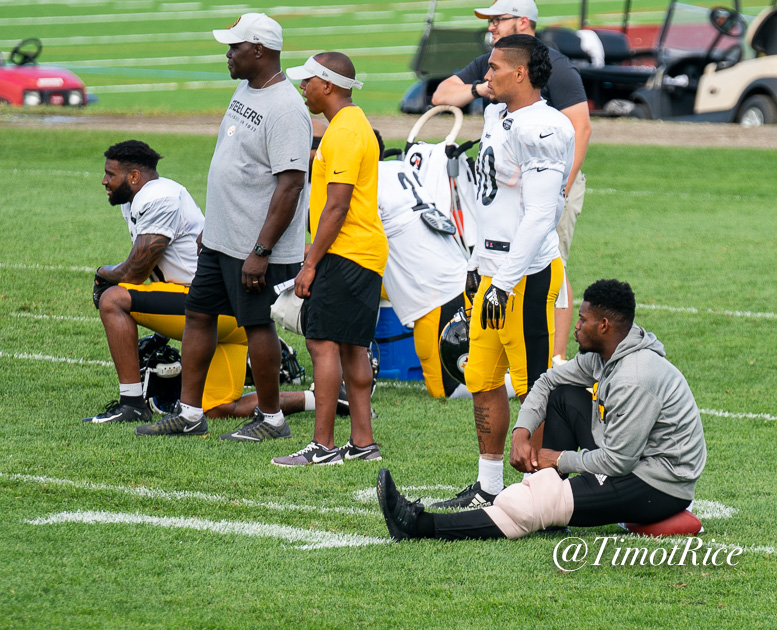 I’ll admit it. On the surface, the injury report looked ugly. It was August 1st, day six of the Pittsburgh Steelers training camp, and the injury list was as long as a CVS receipt.

No Ramon Foster. Or Vance McDonald. Artie Burns, Antonio Brown, T.J. Watt all sat out. Morgan Burnett was still limited and during the practice, James Washington and Alejandro Villanueva bowed out early.

Throughout the rest of camp and the preseason, Bud Dupree, Mike Hilton, JuJu Smith-Schuster, Marcus Allen, and Xavier Grimble would all miss time. Plenty of fans were concerned looking at that laundry list of “did not participate.”

Look at this team now and they’re among the healthiest in the NFL. Only McDonald, which hey, water is wet ya know, is listed on the injury report. Watt, Brown, Hilton, all sound good to go against the Cleveland Browns.

And that’s what matters most. Missing any practice time sucks but better to miss the dog days of August than the September opener. And proves the Steelers took the smart, conservative approach that paid off today.

Could most of those players I named practiced and played through their injuries? I’m positive they could’ve. If this was the Super Bowl, they’re not being held back. But doing so runs the risk of turning a minor injury into a larger one. A tweaked hamstring that’s rushed back, taking a two week rest into a four week absence.

Pittsburgh first-hand saw what happened when a player rushes back last year. Marcus Gilbert admitted he came back too soon from an early season hamstring injury, bowing out his first game back and missing nearly another month.

“Me trying to work myself back way too fast when I was feeling good was kind of a setback, obviously,” he said at the time. “I just took precautionary steps to make sure I’m feeling the best I can feel when I get on the field. Now, I feel really good.”

It serves as a reminder, not the the team approach is always right, but in this case, they sure are. Play it safe, let your guys rest up, and have them for when the games matter most. That’s exactly what happened.