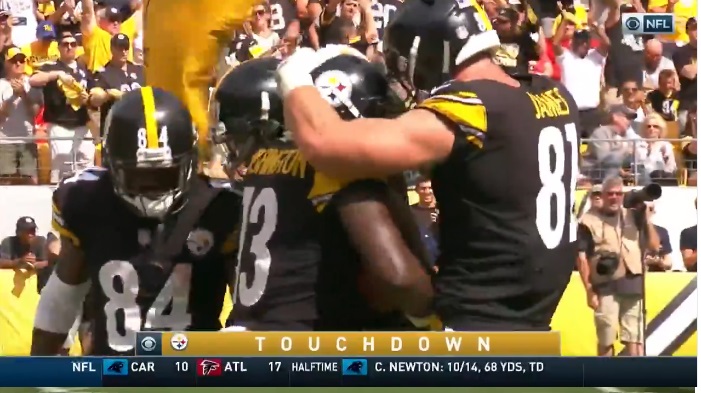 – Ok, I’ll be up front. A lot of what I’m posting here I already splashed on Twitter. Too many good nuggets of info to pass up.

– Let’s start with the score. The Steelers have now allowed 40+ points in their last two home games, today and the playoff loss to Jacksonville.

It’s the first time that’s happened to Pittsburgh since 1968, a year before Chuck Noll arrived. They allowed 45 points in back-to-back weeks, losing to the Cleveland Browns and San Francisco 49ers.

– Patrick Mahomes became the second QB to throw 6 TDs against the Steelers: Jim Kelly, in 1991, was the first. Not even Tom Brady has accomplished such a feat against this team.

– It’s the first time any defense in the NFL has allowed 6 TDs to one quarterback since the Giants gave up six against Drew Brees nearly three years ago November of 2015.

– Ben Roethlisberger threw 35 passes by halftime. That’s a career high. He finished with 60, second-most ever for him.

– Travis Kelce had only one TD against the Steelers headed into today. He caught two of them Sunday.

– Let’s stick with tight ends. Jesse James, have yourself a game. His 138 yards are clearly a career high and 20 more than anything Heath Miller ever did in a single game. It’s the most yards by a Steelers tight end since Eric Green went for 158 on September 22nd, 1991. The Steelers lost that day too.

– James has more receiving yards than Antonio Brown through two games, 198 to 160.

– Here is my favorite stat, a positive one even in a loss.

Steelers WRs who have scored a touchdown on their first career touch.

The last three all did it receiving, Washington cashing in from 14 yards out today. Brown did it on a reverse kickoff his rookie year. Pretty remarkable.

– The Steelers were down 21 points after the first quarter. First time that’s happened since 1965, eventually losing to the Philadelphia Eagles 47-13.

It has happened one other time, on the road, against Green Bay in 1951. The Steelers were down 28-0 in the second quarter, stormed back, took a 30-28 lead and then lost the game in the 4th quarter. So sorta like today.

– A week after dropping the Browns seven times, Mahomes was sacked only once today.

– Antonio Brown and JuJu Smith-Schuster combined for an insane 36 targets. More than half of Roethlisberger’s attempts.

– The Steelers were penalized 12 more times today. Makes it back to back weeks that’s happened. Only occurred once last season (Week 1 vs Cleveland).

According to Pro Football Reference’s Play Index, it’s the first time it’s happened in two straight weeks since the merger.

Entering 2018, under Mike Tomlin, it happened only in seven regular season games, less than once per season. Now, it’s twice in two games.