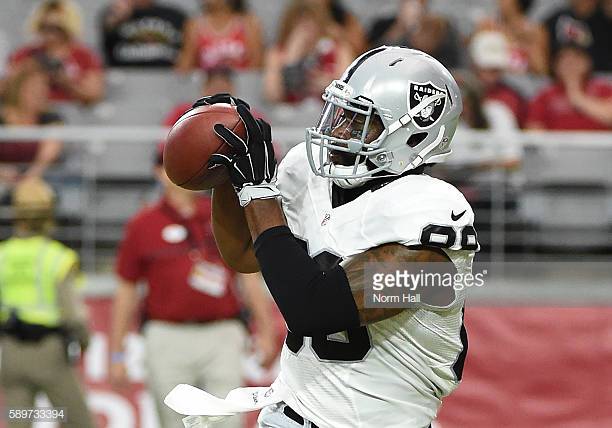 Tomorrow is the cutdown day in the NFL. It’s not a fun day with 1184 players slated to be released. But if history tells us anything, it’ll be an active day for the Pittsburgh Steelers, a team whose no stranger to waive wire pickups and trades. We previously wrote about the trade ideas earlier in the week. Today, here’s six names I’d consider. Obviously, no players have been cut yet, but the odds are at least decent for all the players listed below.

Clive Walford/TE New York Jets: Although I’ve floated out the idea of the team adding Jordan Leggett, it doesn’t look like he’s going to be the odd man out in New York and the team is expected to keep four tight ends. Walford, however, appears to be on the chopping block. A decent preseason, catching seven passes for 92 yards, the Steelers showed interest in him coming out of Miami. He never lived up to his draft status but had a couple serviceable years in Oakland. New York is now reportedly shopping him.

Tight end may not be a huge need, if everyone is healthy. But if there is concern over the availability of Vance McDonald and/or Xavier Grimble, it makes sense to add to the room.

Stephen Anderson/TE Houston: If you’re looking for a #3 with more NFL experience and resume, Anderson is your guy. I don’t have any special connection to him and the Steelers. But he fell out of favor following the draft and Houston released him yesterday. He has 36 career catches, 25 of them last year, for a healthy 13.7 yard average. A former receiver, he ran 4.64 at the Combine with a 38 inch vertical.

One problem is that he’s a little undersized at 6’2 230 (he may have bulked up in the NFL, that wouldn’t be a surprise).

John Phillips/TE New Orleans: A downright boring addition but if you want a pure blocker as the #3, Phillips is your guy. Long-time vet. Think of him as a bigger version of David Johnson. Can probably play some fullback if you needed to as a mini-insurance policy for Roosevelt Nix. If you lost him, you wouldn’t have to take those formations out of your playbook. Phillips is definitely outside looking in down in New Orleans.

Austin Pasztor/OL Atlanta: If the Steelers aren’t entirely comfortable with Chukwuma Okorafor being the backup, they could look to add a 9th offensive linemen. I don’t love the odds of that happening but Pasztor is a veteran to turn to. He’s started 43 career games, 20 of those in Cleveland so Pittsburgh is at least familiar with him. Has tackle/guard versatility. The biggest concern is his ability to play left tackle, he’s been on the right side most of his career. Though born in Ontario, he went to school at Virginia so you know…Tomlin is probably a fan. Pasztor is still only 27. The Falcons dumped him Friday.

John Simon/OLB Indianapolis: A name we’ve written about before so I won’t spend much time talking about it. At this point, I wouldn’t trade for Simon. His salary is too high and the play of Keion Adams and Ola Adeniyi has me feeling a little better about the depth at the position. But if the Colts release him, miscast for their new 4-3 scheme, he’s a worthy #3. Similar to Anthony Chickillo but a stronger version of him who plays with more violence in his hands. Versatile, comfortable moving backwards, hard worker, can play special teams. Fits the bill pretty well. Biggest concern is the neck injury he suffered last week. Not sure what the status of that is.

The elephant in the room? From the sounds of it, Simon won’t be cut. Beat writers have refuted and played down national reports of him being on the bubble.

Jayron Kearse/S Minnesota:  Again, we’re connecting the dots here. Kearse was brought in for a visit back in 2016 and he’s from Clemson, a popular school the Steelers have turned to.

Though the Vikings reportedly plan to use George Iloka as more of a hybrid player, it’s still muddying up the safety waters and Kearse could get the ax. If the Steelers want to put Marcus Allen on the practice squad but still keep five safeties, Kearse makes sense.